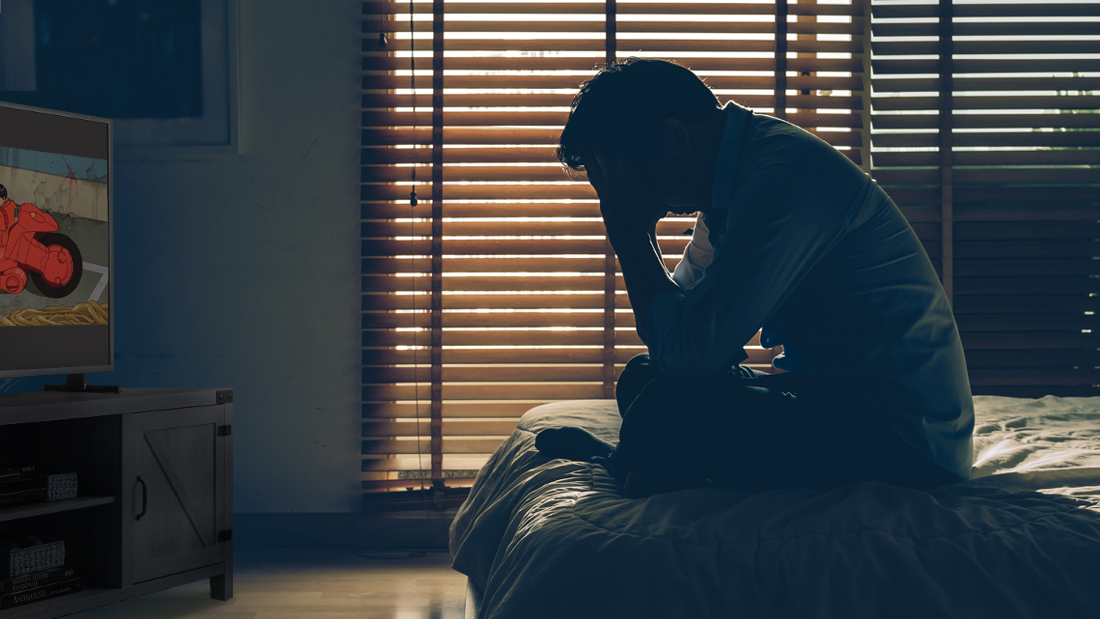 EDGEWATER—In a development that has many close to the action alternating between feelings of bafflement and cautious optimism, area man Theodore Meloni, 26, has announced that he will be looking into therapy after becoming overwhelmed with emotion at the end of a rewatch of Katsuhiro Otomo’s Akira, released in 1988.

“I mean my ideal emotional resonance with Akira would be ‘none’ at this point, I think,” said a meditative Meloni when The Chicago Genius Herald reporters caught up with him outside Burke’s Public House, a bar on Broadway he and his friends play trivia at. “I’m 26 now. I had to figure out how to get healthcare through the Exchange this year and that shit sucked, but I’m at the point in my life where I have to start asking myself if I want to be the guy who starts dry sobbing at the end of Akira or if I want to have my shit figured out by the time I’m 30.”

“I’ve never even ridden a motorcycle,” he said as he absently kicked a piece of ice on the sidewalk.

“Theo has always been a sensitive boy,” his mother Carol Meloni, 58 said. “He was never really one for the rough sports so we just kind of let him be him. Although, after reading up on this ‘Akeera’ thing I admit that maybe I should have been paying more attention to what he was doing on the computer more when he was a teenager. I’m reading here a boy turns into a big fetus?”

“Huh,” said Arlecchino. “Feels like we could have sutured this one up back in 2014 when he showed me Demon City Shinjuku and I said I thought it was kind of bad and he got so upset he punched a wall and broke his hand, but whatever. Good for him.”

“Ugh, of course Jude said that,” Meloni concluded outside his new therapist’s office in Roscoe Village. “He thinks he’s such a Kaneda—which is such bullshit because if anyone was the Kaneda of our friend group it was me—but he’s like...not even a Tetsuo. He’s like, Yamagata or Kai. Whatever.”