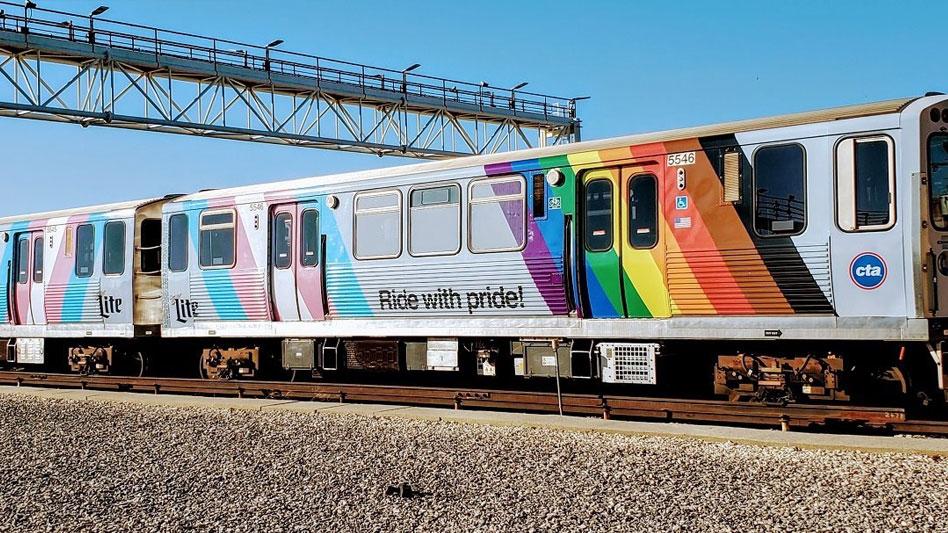 RAINBOW LINE — In an unapologetic and altruistic display of support for the LGBTQ+ community this week, the CTA Pride Train publicly pledged to run over at least two homophobes this month, if not more.

“June is all about celebrating and spotlighting the queer community, and I can think of no better way to do so than grinding a couple vocal homophobes into hamburger meat with this bad boy,” said Pride Train conductor Angie Jackson, 32. “Here at the CTA, we’re trying not to be like every other corporation co-opting the aesthetics of pride to hawk our services. This year, we’d like to use our actions to demonstrate our values. Actions like pancaking a few guys who suck here and there. I dunno, we’re trying it out!”

The train, originally just a regular red line vehicle featuring elements of the Trans and Philly Pride flags, has quickly developed self-regulating systems of identifying and ejecting queerphobes attempting to board during the first few weeks of June.

“The train has developed a razor-sharp method of detecting bigoted individuals and closing car doors in their faces,” CTA historian Brian Weathers, 43, noted. “If an individual was bigoted in the past but has since reformed, they are allowed on board but have to stand and hold the pole with the most pee on it the whole time they ride.” Other riders that the train isn’t sure about are required to maintain a faint nausea during the duration of their travel, or else drop their phone loudly and watch it slide into a mysterious bundle of tissues on the train’s floor.

Most riders are enjoying the developments in the Pride Train’s moral and sociopolitical compass. “I’m a proud supporter, both to the LGBTQ community and to the Pride Train, though I’m unsure whether the train has a sexual or gendered identity or is simply a proud machine ally,” said CTA rider Ella Neworth, 50. “It’s started sporting a handkerchief in its back pocket, so maybe that’s an indicator. Either way, I’m glad it is promising to kill.”

At press time, the Pride Train has not yet caused any fatalities, though on Wednesday it was seen riding towards Wrigleyville with a violent sort of resolve.