Not Taking The Bait: Everyone Is Pretty Much Ignoring This Guy Outside The Walgreens Who's Wearing A "Mr. Cool Ice Jr." Tanktop And Has A Lhasa Apso In A Babybjörn 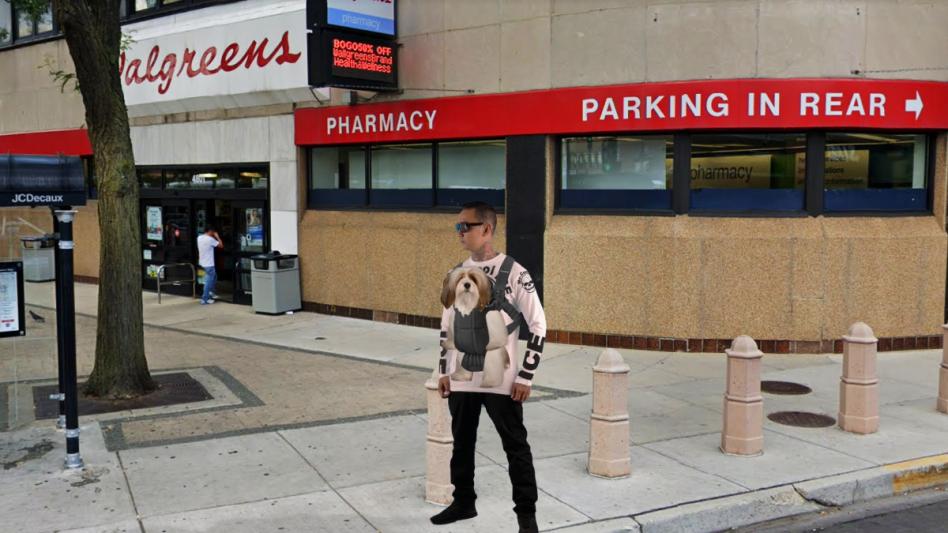 LINCOLN SQUARE — Despite the fact that he’s obviously gunning for some kind of reaction, initial reports outside of the Walgreens on Western and Lawrence appear to indicate that everyone is basically just kind of ignoring the guy standing outside in a “Mr. Cool Ice Jr.” tanktop and who has a Lhasa Apso tucked into a Babybjörn.

“I don’t know what the hell his deal is,” said Denise Jacarina, 31, “but I didn’t come out the other side of 15 months of isolation just to get trapped into some conversation with a weirdo about what ‘Mr. Cool Ice Jr.’ is supposed to mean.”

Although no one is really able to intuit whether Mr. Ice Jr. is there representing some kind of movement or organization based on the vibes he’s giving off, pretty much everyone has unofficially agreed to not get caught up in his bullshit.

“I’m just here to get some calamine lotion to drink and some topical ointment,” said Rudy Quistis, 45. “That’s great, you’ve got a Lhasa Apso in a Babybjörn. Not the weirdest thing I’ve ever seen, but pretty out there I guess. I’m a bigger fan of the Maltese, but whatever floats this guy’s boat.”

“Don’t really have time to get into the specifics of what he’s on about,” concluded Quistis. “Not my place to ask that, but that doesn’t mean I gotta give him the time of day either.”

Even though everyone has pretty much decided on a strategy of non-engagement, CPD has stressed that there’s nothing wrong in the legal sense with wearing a tanktop that says “Mr. Cool Ice Jr.” on it and keeping a small dog in a branded infant carrier.

“If it were up to me?” said Officer Kurt Pryzbeluszci, 37, glistening with sweat outside the Walgreens while kitted out in full SWAT armor, “I’d have this freak dragged down to the precinct where we could finally get to the bottom of what the hell he’s on about. But there’s no law on the books that says we’re allowed to menace a guy just for being a conversation starter, so until he starts harassing people or decides to go elsewhere, there’s really not a whole lot we can do.”

As of press time, reporters for The Chicago Genius Herald were torn on whether or not it constituted an exercise in due diligence to ask this guy what the fuck his deal was, but ultimately decided against it as he looked like it would be really exhausting to have a conversation with him.