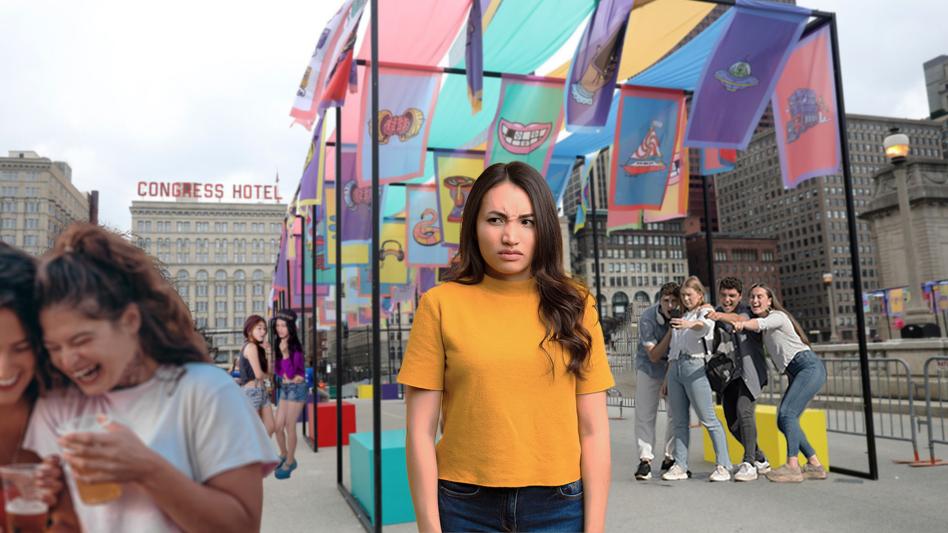 They will cut you down to your core faster than you can say preventable nicotine addiction.

Hoards of teens armed with devastating remarks and unhinged fashion choices will soon flood the streets of Chicago. The percentage of High Noon cans littering the street will increase exponentially, as well as the sheer amount of emotional damage dealt by Gen Z. They’ll judge you for age, your haircut, and for not knowing the lyrics of the songs by rock duo “Wet Leg.”

Kat Montrose, 35, is a native Chicagoan and a fan of sweating in the heat while music plays in the distance. She’s been stressed out ever since she bought her tickets to this year's Lollapalooza, the multi-day, outdoor summer concert that attracts everyone from lifelong Dua Lipa stans to drunk 14 year olds who are also lifelong Dua Lipa stans.

“They just know exactly the look to give you that conveys every awful thought you’ve ever had about yourself,” explained Montrose. “At least at Pitchfork, the stoner teens just talk about you behind your back, but these kids are hopped up on Molly and will make viral Tik Toks of you tripping on your way out of the porta-potty.”

Kyle Glanhoser, 16, is adamant that he will be nothing but kind and respectful on his trip in from Naperville. “Nah, me and my boys are always super chill. Although Dexter did say he was gonna ‘mess up an old dude’ if they got in his way during J. Cole. But no cap Dexter was bussin’.”

Dexter could not be reached for comment, or for explanation on how and why someone might be “bussin.”

The festival’s reported incidents last year included several emotional attacks. A couple in their 40s, clad in Metallica t-shirts, were reduced to tears by a teen saying "I think my grandparents really like them,” and an aging All Time Low fan accidentally wandered into the Dominic Fike concert and was immediately skeletonized by teens.

So Chicago’s music fans had better gird their mental loins, because the kids are back in town. Oh god, please don't tell them we made a dated music reference. They’ll never let us live it down.