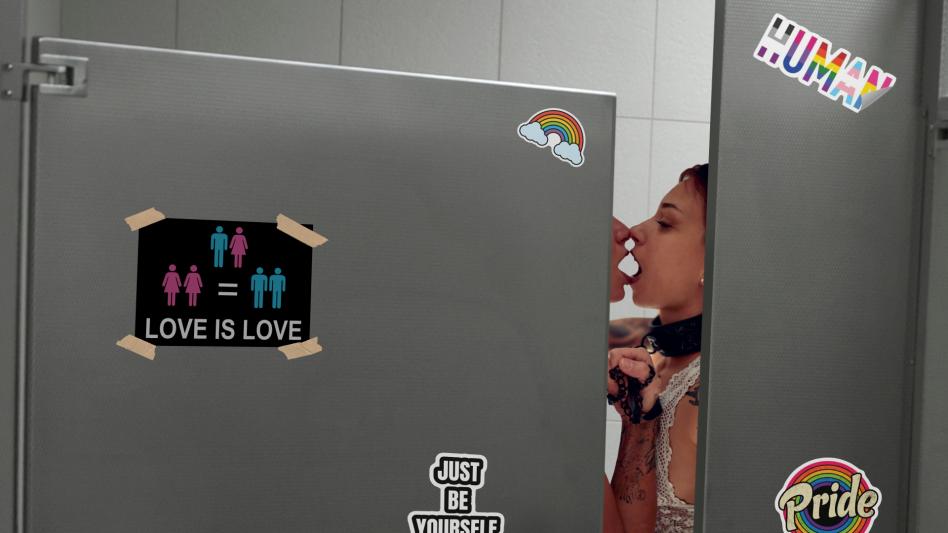 West named Marsha P Johnson, Leslie Feinberg, and West’s other girlfriend, Eva, as major sources of inspiration for the landmark celebration. The event officially kicked off at 12:39 AM in the bar’s second grossest bathroom stall that still had a door on it.

“It’s like the dyke march, but without the march,” said West. “We needed to create a space where queer people could feel loved without worrying about corporations hijacking their identities or fascists policing their bodies. We also needed a space where I could get some bomb head.”

“It’s incredible that Juniper and Jess were able to pull this off,” said historian and trans elder Lou Mortenson, 19. “In the past decade, women have attempted to organize sex in library bathrooms, locker rooms, and even in their own homes. Unfortunately, most cancel because they have a tummy ache or fall asleep.”

The city’s first annual Let’s Fuck in the Bathroom Fest 2022 hit a high point at the thirty minute mark, when West gave an impassioned speech highlighting the importance of transgender women in the LGBT movement, while also touching on the role of religion in the community.

Of course, other community members helped make West’s dream possible, such as Daniel Stern, 47, owner of the gay dive bar Uncles & Nephews. When asked for comment on the groundbreaking festival developing in his public restroom, the staunch ally replied “What are you talking about?”