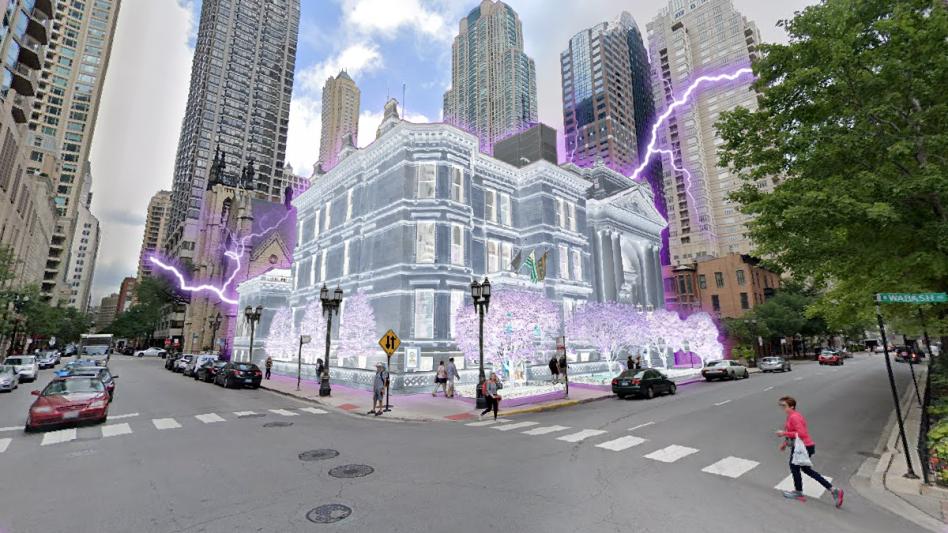 RIVER NORTH — As if Chicagoans didn’t have enough on their plates already, reports are surfacing that dozens of locals are still missing after Dark Chicago’s Rufus Q. Wettehœm Menagerie briefly displaced the Richard H. Driehaus Museum in the Prime Dimension for 17 minutes and 3 seconds last week.

“I remember hearing a loud pop, a smell like ozone and a bright flash of light,” recalled Hughie Felton, 25, who witnessed the phenomenon, “and then all of a sudden instead of the Dreihaus there was just this...sludgy, dripping wet mansion in its place, which sounded like it was filled with the keening of a thousand beasts, none of which had any business being in this reality.”

“Plus I got sludge all over my shoes. It totally fucked up my shoes, man,” he added, gesturing to the pair of partially melted Reeboks he was still wearing, which, in this reporter’s opinion were indeed “totally fucked up.” According to eyewitness reports, the dimensional eversion not only affected the immediate property of the Driehaus Museum but also the several blocks to the north as well.

“One minute I was walking with my husband Spencer [Altaine, 41],” said Louise Altaine, 39, “and the next thing I know I’m holding air and just smelling this ghastly smell. If anyone has seen my husband, please let me know, I’m quite worried.”

Incursions from the city’s dark opposite are nothing new—just a few months ago The Moody Bible Institute was replaced by the Gregarious Pornography Conservatory to no great concern—but the city stresses that it takes all invasions from Dark Chicago very seriously.

“I want every citizen of Chicago to know that they are in good hands,” said the city’s Director of Paracausal Phenomena Julia Yiik, 35. “We have crews working round-the-clock to clean up the residue from the Wettehœm Menagerie and are doing our best to rescue any Chicagoans who may still be trapped in Dark Chicago, while also striving to identify and contain any Dark Chicagoans who may have been able to breach containment in the 17 minute overlap between our dimensions.”

“Yes, it certainly would be horrible if a Dark Chicagoan got loose,” said Notlef Eihguh, 52, smiling a smile full of razor-sharp teeth. “One would hate to see the ensuing catastrophe were that to happen. Now would you be a dear and point me at the nearest center of government?”