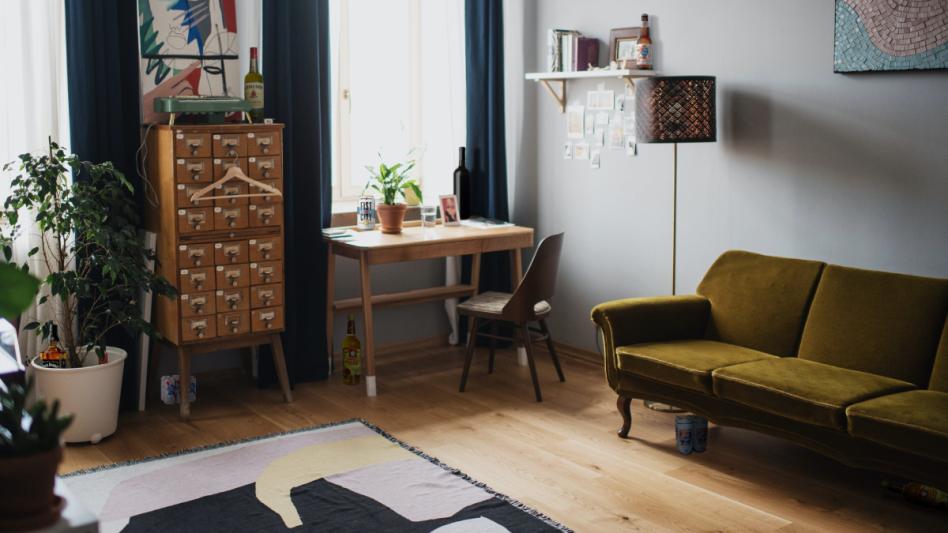 LAKEVIEW — With more stay-at-home orders looming and Winter approaching, David Fowler, 26, has started squirreling away bottles of liquor around his two bedroom apartment in Lakeview in preparation.

“With the pandemic and all the warm weather, it hasn’t really felt like Fall,” said Chris Bragg, 28, Fowler’s roommate for the last two years, “but now that Dave is starting to collect and store booze for the Winter shutdown, it’s starting to feel like the seasons are really changing. I need to get my Winter coats out!”

Fowler, who lost his job at an Uptown bookstore in June, began the process of hiding stores of alcohol around his second-story apartment in mid-October, making numerous trips to surrounding grocery and liquor stores around the Lakeview area.

“Many mammals store food or gain weight in order to survive long Winter hibernation,” says Dr. Reba Smythe, an expert in mammalian behavior at the Peggy Notebaert Nature Museum, “as the weather grows cooler and COVID cases climb, we’re going to start seeing humans set out to gather supplies. Typically people need at least a small stock of narcotics and entertainment to make it through even a mild Winter, so we can expect to see our local population of bummed-out roomates, sad parents, and friends with poor coping mechanisms really prepping for what’s sure to be an absolute soul-crusher of a season. ”

“I’ve been spotting his booze everywhere,” reported Bragg, “in drawers in the kitchen, the freezer, taped under the table, hidden behind couch cushions, on the bookshelf, buried in the dirt of a houseplant, back of the toilet, and even in the medicine cabinet with tape over the label that says ‘medicine.’ I try not to say anything when I find a cache, but I wish he would stop hiding things in my room. I found a bottle of grappa under my mattress last week.”

Fowler — who returned from an afternoon walk with a bottle of bottom-shelf tequila and some sour mix, which he then put in his closet — has reportedly already broken into his scotch stores during the presidential election, now in its third week.

“I thought about buying him a bottle of Johnny Walker and putting it under the couch, but I don’t know if that might scare him off that hiding spot,” said Bragg, “the last thing I want is for him to be halfway through the shutdown and run out of scotch. Poor little guy.”

“Many creatures storing food, drugs, and alcohol for the Winter store more than they actually need, or forget where they put things while they’re drunk,” said Dr. Smythe. “It’s completely natural for these forgotten caches to be raided by scavengers or left untouched till someone moves out. My husband moved out three years ago and I’m still finding bottles of gin around my place. It’s just part of nature, and honestly that’s beautiful.”

When last spotted by his roommate, Fowler was said to be curled up under a weighted blanket, gently and drunkenly snoring.