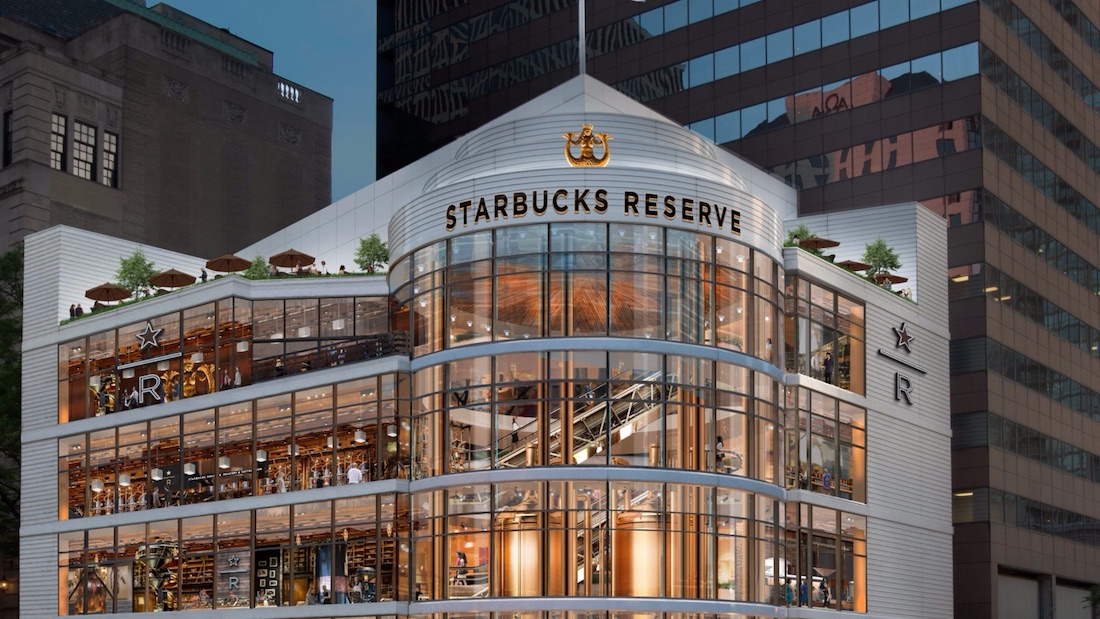 THE MAGNIFICENT MILE—With a massive, three-story Starbucks Reserve Roastery slated to open today on 646 N. Michigan Avenue, it’s safe to say the buzz you’re feeling as you walk through Chicago’s foremost shopping district isn’t just coming from your five shot Caramel Macchiato. But for the tastemakers who have insisted on saying that they call the coffee juggernaut “Charbucks,” (a reference to the burnt taste of the coffee) a different question hangs in the air: “Have we lost the cultural war on strained wake-up bean juice?”

“I guess we just kind of assumed if we continued to draw attention to the fact that Starbucks coffee—let’s be frank here—tastes burnt by saying that we called it ‘Charbucks,’ people would eventually develop better taste,” said Louisa Heck, 38, an assistant curator of paintings of blobby baby Jesus for the Art Institute of Chicago. “But now with this Megabucks moving in I’m beginning to think being a weird snob about peoples’ consumption habits might not have paid off for us.”

Other “Charbucks” aficionados echoed the sentiment. “This is—historically speaking—the worst thing that’s ever happened,” said Jules Mov, 49, an Assistant Professor of Latin Graffiti at Pompeii at UIC. “If we, the enlightened coffee drinkers of the world, the ones who have sampled a true doppio on the streets of Florence and know our way around an affogato, can’t sway public opinion by observing that Starbucks coffee is not all that good and in fact, is often quite over-roasted? Well it’s too much to bear, really!” At this point Prof. Mov slumped down in his chair and refused to budge until Genius Herald reporters left his office and closed the door behind them.

“It breaks my heart to see people enjoying what’s clearly an inferior product,” mused Reighleigh Allyn Forster-VanDenburk, 31, a barista at the Intelligentsia Coffee in Old Town. “I get sick to my stomach knowing that people putting cream and sugar in Pike Place Roast instead of developing the palate required to enjoy the full tasting notes of a single-origin sun-dried coffee from Tiqiset Wakqo farm in Ethiopia’s Yirgacheffe district.”

“Also could you credit me as ‘coffee sommelier?’” Forster VanDenburk added, whose job duties include straining hot water over ground coffee beans into an elegant glass serving vessel for $5.99 and negging patrons into buying teak-accented Chemex coffee makers and $200 tumblers with quadruple-wall vacuum insulation. “What I do and what those reprobates at Starbucks do couldn’t be more different—light roast and dark roast, really.”

“Yeah I mean, I’m not really sure why they’re doing this,” said Lucretia Park, 24, a team member at the Midwest flagship Starbucks location at Oak and Rush. “We’re like, constantly missing our sales goals and I can’t imagine having the Todd Howard version of a Golden Calf existing roughly 10 blocks south of us is gonna...help that.”

“Now are you gonna buy something or just hold up the line?” Park asked. “I was supposed to take my break 15 minutes ago and I’d really like to get off the floor before one of that au pair’s five child wards starts projectile vomiting.”