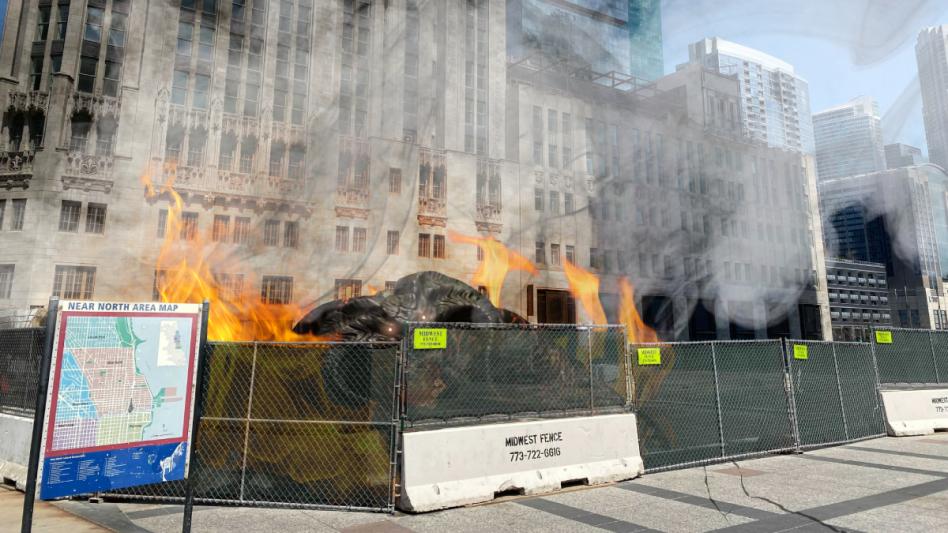 MAGNIFICENT MILE — The sounds of power drills and jackhammers have barely ceased echoing through downtown Chicago since the sale of Tribune Tower in 2018. That is, until this week, when construction converting the landmark building and adjacent property into two new luxury residential developments delved too greedily and too deep, awakening an ancient evil not seen since it fell to slumber at the end of the First Age.

Construction was abruptly halted at the site Wednesday when foreman Perry Bristle, 41, heard a low drumming from below after a particularly ear-splitting hour of work at the site. “We have been fools, mere children before a doom we could not possibly comprehend,” Bristle was heard to say, before grabbing his thermos and greatsword Wightbane, clocking out, and crying “get outta here, fellas!” over his shoulder.

Although work has stopped at Tribune Tower, the sound of distant drums from the deep has only increased in volume and frequency. When The Chicago Genius Herald reached out to scholars at the Newberry Chamber of Records, they solemnly shook their heads before in tandem closing a massive, cracked volume in the dusty chamber of their work. “Their great wealth will also be their destruction,” one of the russet-robed scholars intoned. “Many great and terrible things sleep in the dark of Lowest Wacker.”

As they carefully tended to several bloodstained and crumbling leaves of a sheaf of manuscripts, another scholar of indeterminate age listed several of these dangers by name, and then made an arcane sign over their chest to protect themselves. “Du Sable’s Bane, cloaked in fire and shadow, from which the original settler himself even fled...Mother Undine, serpent-goddess of the merfolk...and the Watchers Beneath, fell remnant of the lost East Side. It’s too early to tell, but any of these surfacing on Pioneer Plaza will certainly bring humanity to its knees, gods forbid more than one.”

At press time the oncoming, unknown abyssal terror had breached the plaza’s top level, and had already been mistaken for a viral marketing popup by several unfortunate tourists, who were lost instantly to the hungry maw of Lowest Wacker. 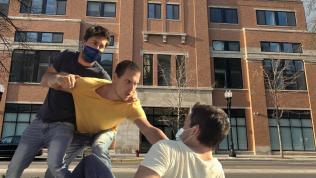