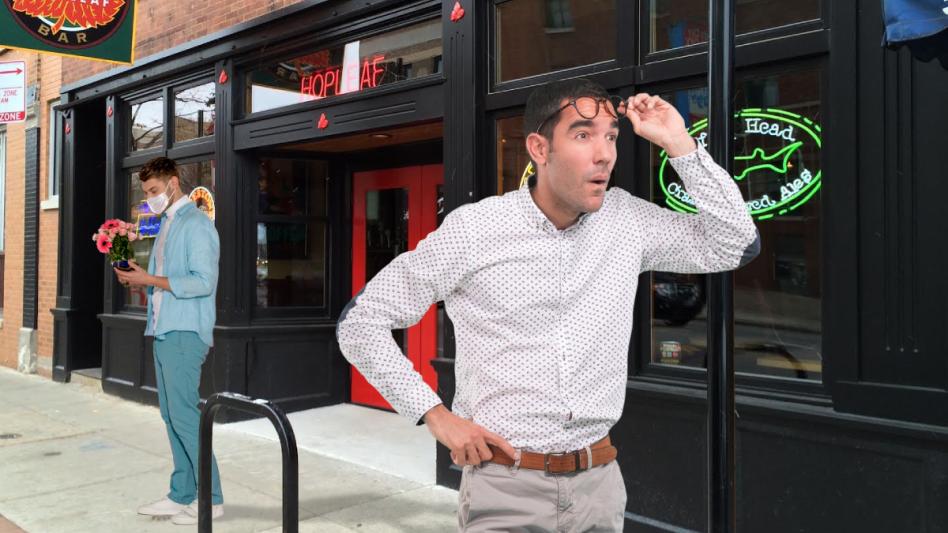 ANDERSONVILLE — Following the disappointing news that the neighborhood staple and beer nerd’s paradise had closed for the winter in an effort to ride out the COVID-19 pandemic, Chicago’s blandest men are bracing for a worst case scenario in which Hopleaf doesn’t reopen.

“Hopleaf was kind of a triple threat for me, dating-wise,” admits Trevor Delaney, 24, a full stack engineer whose interests include faving Elon Musk tweets, awarding Reddit gold and the Crooked Media podcast Lovett or Leave It. “It was clean, in a nice area and really helped to paper over a lot of the boring parts of my personality by letting me order a Belgian-style Tripel in front of a girl I met off Hinge.”

“I’m way too scared to enter Simon’s, Passerotto was always way too ethnic and I need to wait at least three more years before it’s safe for me to move into Humboldt Park,” said Rick Yates, 27, “So I’m kind of in a bind if Hopleaf closes. An SEO marketing writer who “isn’t much of a music guy,” loves Rick and Morty, and hasn’t read a book by his own volition since early 2012, Yates was understandably melancholic about the news. “Hopleaf was great for guys like me who are just sort of going through the motions of being a human being as a cover for being able to buy a new Playstation every decade until we die. It’s really such a sad loss.”

When asked if they were at all concerned about the potential loss of Hopleaf as a fundraising venue for local charities or an irreplaceable piece of local color, however, most of the men The Chicago Genius Herald interviewed were perplexed.

“No, that’s not really my concern,” admitted Dave Whitney, 30, an architecture consultant who specializes in converting closed CPS schools into tasteful prefab lofts and owns an entire closetful of pre-faded shirts with the Rolling Stones tongue and lips logo on them. “I could buy a beer there that came in a weird little bong-looking thing with a wooden handle, and that was kind of novel. If Hopleaf can’t weather the current moment then it probably doesn’t deserve to keep serving me beer like that anyway.”