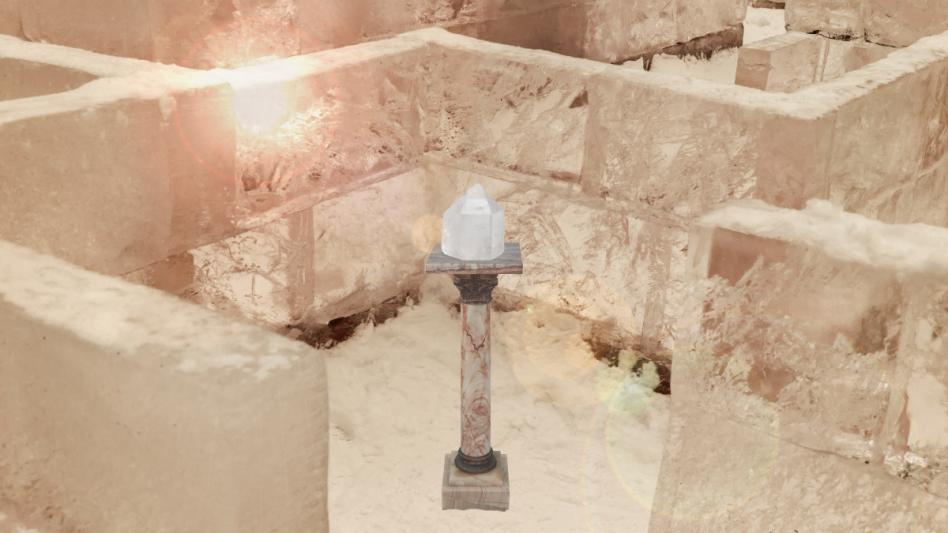 FULTON MARKET — With spring in the air, Chicago is overdue for a preponderance of guys attempting to sound smart in order to impress girls and kiss with tongue. If you don’t believe that, then you need only direct your attention to one Greg Frutch, 29, who keeps using the word “liminal” on first dates even though he’s probably never even been trapped in the Quartz Halls of Balthirexx the Mad for any amount of time.

“I love this part of town,” Frutch was reported as saying on a socially distanced date with Tracie Johns, 28, as they walked around the Fulton Market district last weekend. “It’s got one foot in the past of being a center of industry for the city, while also being built up as this Mecca of the nouveau riche—it’s so liminal.”

You know what’s really liminal? The ever-multiplying crystal mazes of the mad wizard Balthirexx, which he wove into the very heart of a perfect quartz gemstone for 900 years before going back to school to get an MBA and manage a Church’s Chicken on Stony Island Ave.

If Mr. Frutch thinks that a gentrified former meatpacking district is so liminal, his head would spin trying to comprehend the unearthly tones of the Tines of Light, where jagged groups of living gemstones hum with such intensity that the seconds turn to hours turn to years and then back to minutes over the course of a thousand eons spent trapped in Crystal Stasis. He would absolutely freak!

Frutch, who would stand no chance against the illusory torments in the Antechamber of Regrets that bedevil all who attempt to claim Balthirexx’s Rod of Wonders, then announced later in the date when Johns mentioned Gábriel Garcia Marquez that he loved magical realism because it played with the reader’s perspectives on what was real and what was metaphorical. While the prose of A Hundred Years of Solitude is perfectly serviceable, it would do little to prepare you for the Howling Chasm, a shortcut to Balthirexx’s treasure rooms that literalizes the metaphorical and vice versa until your brain recedes into fetal catatonia.

As of press time, Frutch was breaking the news to Johns that in an effort to practice radical honesty he thought she was a great girl but that he didn’t really see this going anywhere, so he didn’t think there would be a second date. Just the sort of cowardice you would expect from a man who would be lost forever in the Heartstone Depths, where only the truth of your heart will guide you past the dreaded Oobylogh, a beast with a hundred tentacles and thousand maws, ready to tear you limb from limb at a moment’s notice.