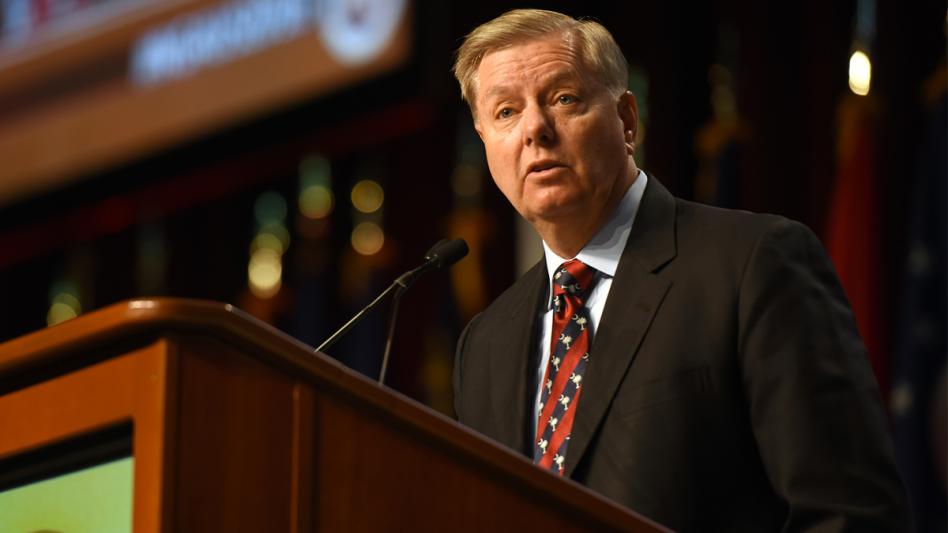 WASHINGTON, D.C. — Leading the charge in the defense of President Trump Wednesday, Sen. Lindsey Graham proclaimed in a statement that the president’s two impeachments were actually a new all time record if you think about it.

“Whether or not this impeachment actually goes through, we’ve got an all time top scorer on our hands” drawled Graham. “At this point Trump is the Michael Jordan of getting impeached and this is his Last Dance.”

When it was pointed out that if he actually gets impeached then he’ll never be able to run for office again, Graham retorted by saying “Then we’ll hang his really big sport coat in the rafters of the capitol to commemorate this really huge achievement.”

Other GOP leaders have been silent, or have merely criticized the Democrats for moving forward too fast on the proceedings, but have admitted privately that they think it rules.

A Republican senator from Florida we spoke to, who insisted on using the alias Smick Shcott, was jubilant, said “Think about this, Obama had zero impeachments. Loser!” before melting into a strange white goo and slithering away like the guy in Terminator 2: Judgement Day.

Sen. Mitch McConnell has so far been unwilling to weigh in on the impeachment proceedings, hiding behind one of the drapes in Senate chambers waiting to “pop out and deliver [his] thoughts only when the time is right.”

While it remains to be seen the significance of having a sitting president impeached twice in one term, experts have to admit that both it’s technically some kind of record and also nothing really matters anymore.