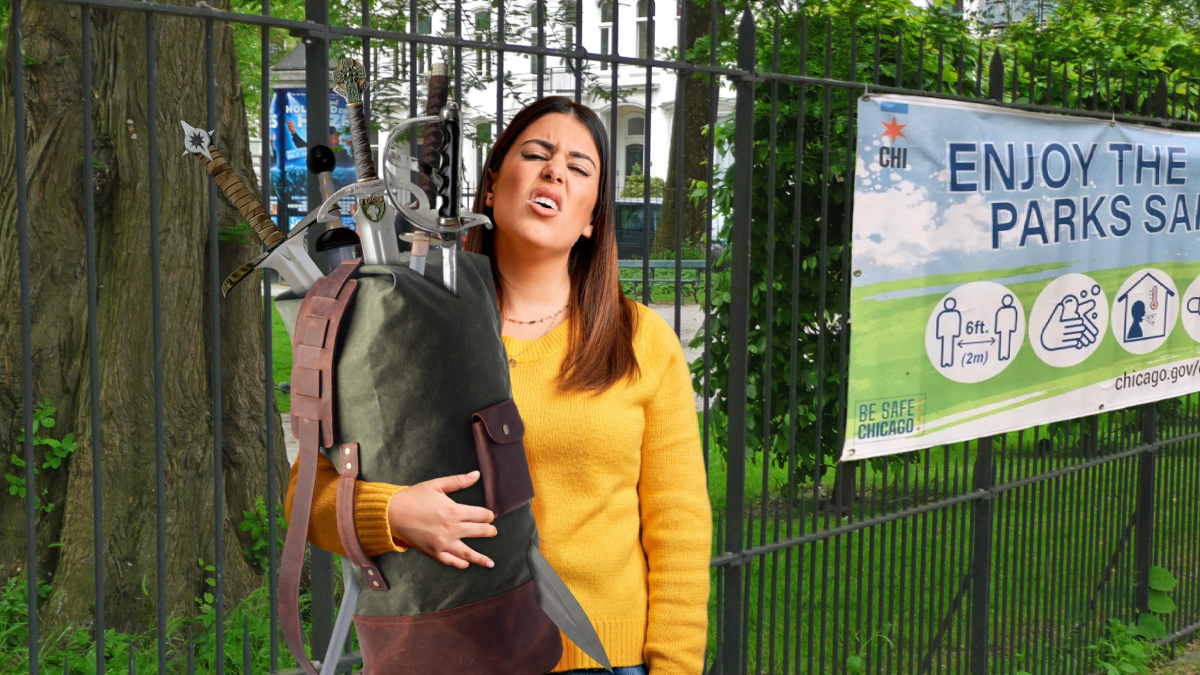 RECREATION DRIVE — Reports are circulating that despite plans to spend all day in nearby Waveland Park yelling and swinging one of roughly 18 loose blades she’d hastily stuffed in a monogrammed Lands End duffel bag, area woman Norma Jenorma, 45, is taking her balisong and going home after seeing a sign entreating her to “Enjoy The Parks Safely.”

“Oh that’s just great,” Jenorma, a schoolteacher at a local Montessori school, was heard yelling as she dumped the contents of her duffel on the grass, revealing everything from a Wootz Steel talwar, fearsome Japanese tachi and even a humble KA-BAR combat knife. “Well, I guess I’ll go fuck myself then since apparently that’s what the parks department wants me to do!”

“I come out here, wearing a mask AND gloves while planning to do a little unsupervised blade play,” she said to a nearby rollerblader, who skidded out of the way to avoid the German Katzbalger she was currently gesticulating with. “But nnnooo, looks like the freaking mommy state is saying even that’s not allowed under Herr Lightfoot either!”

According to the Chicago Parks Department employees, this is not the first time Jenorma has found herself on the wrong side of their rules.

“We try to treat every infraction as an isolated incident,” said Parks Department Spokesperson Lorne Snyde, 33, “But we’ve amassed quite a file on Ms. Jenorma. “Practicing gun-kata without a permit, unauthorized use of a battle-ready Chicago Police Department War Jet-Ski, failing to secure her old timey-style bomb with the hissing rope wick outside of a demarcated ‘free bomb zone’...the list goes on.”

“Ironically though,” Snyde added, “as long as she maintained minimum social distancing and respected the mask ordinance, we really wouldn’t have had any issues. I mean I sure as hell wasn’t going to tell her to stop when I was that out-bladed.”

Misunderstanding or no, as of press time Jenorma was seen eyeing a flyer for human cannonball tryouts later in the week before dialing the number and asking what the maximum number of loose blades a potential human cannonball could bring to the tryouts while picking something out of her teeth with a Gurkha knife. 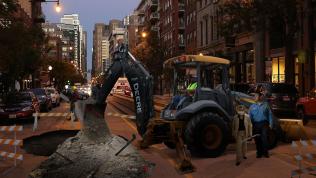 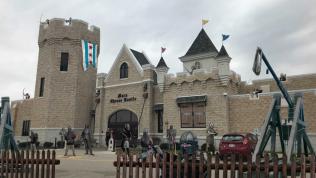