Lime, Bird, Others Dare Chicagoans to “Ride the Lightning” and Try an Electric Scooter 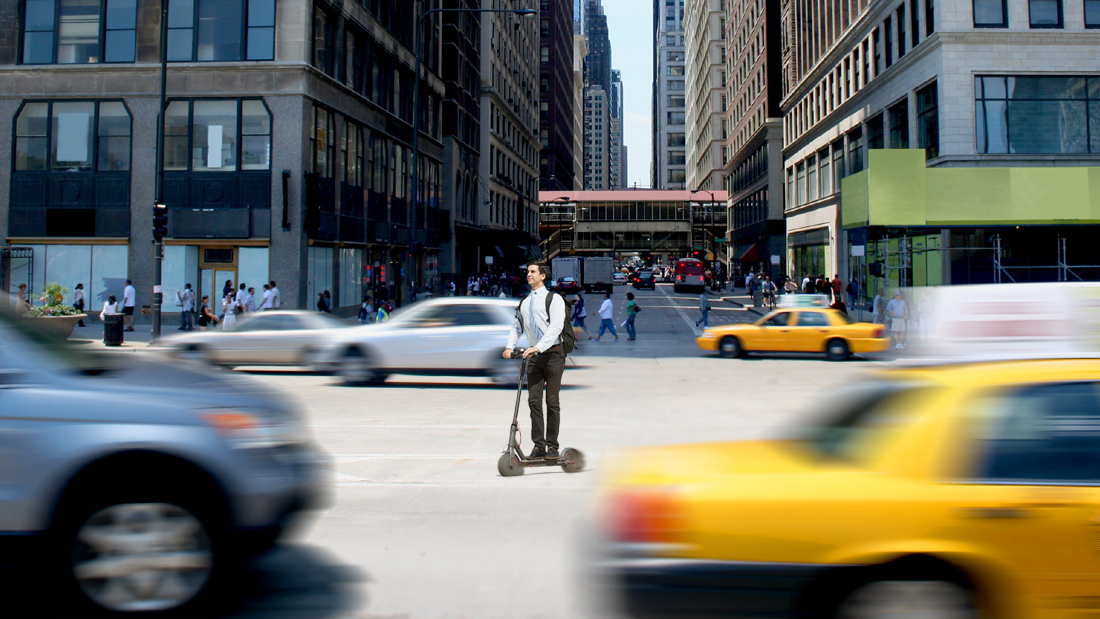 Over the last week, Chicagoans living in parts of the city corporations like have started to notice the sudden prevalence of dockless, electric scooters from a litany of startups that all sound like babies’ first words, including Bird, Lime, and Spin. These companies have launched advertising campaigns to promote the scooters as being perfect for quick commutes, their ease of accessibility via a ride-share style app, and as the ultimate thrill ride of the Summer.

Though worded differently for each company, the advertising amounts to a dare to Chicagoans to ride the unfamiliar, electric vehicles on busy streets without safety equipment. “RIDE THE LIGHTNING!” begins Lime’s pitch to the Chicago public before daring riders to “feel something! Raw dog your commute without a helmet! Crank this bad fucker up and take it down some stairs, coward!” Bird’s advertisements contain a similar message, but with a muscular, anthropomorphized bird engaging in sexual intercourse with a dragon labeled “Danger Dragon.”

Other advertisements, instructions, and in-app messages convey similar challenges for the riding public to take the scooters onto Chicago’s busy and often dangerous streets. “If you hit a pothole on this scooter your ass will be a grease spot on the pavement,” warned a page of safety tips on Lyft’s website “so you gotta jump these bad boys over the holes”.

“We are just so excited for the roll-out, pardon the pun, of our electric scooters in Chicago,” said Christina Alverez, a publicist for Lyft, “we looked at factors like Chicago’s sprawl, the aggressiveness of midwestern drivers, and the built-in market of 18-35 year olds with high income who prize convenience over personal safety and thought ‘we might actually get these people to ride these things.’”

Alverez unveiled the new ads for Lyft’s scooters that will soon appear at bus stops around the city, bearing the slogan “you won’t do it” and featuring a picture of a group of cool-looking teenagers standing around a Lyft scooter and pointing outside the frame. “The idea is to put these ads across from local landmarks, construction sites, and crater-filled sidewalks as if to say ‘you won’t do it. You won’t die to prove you’re cool.’ We worked really hard to find a diverse enough group of teens for everyone to find one that reminds them of a high school crush.”

Roy Dean, 27, a marketing coordinator, said the danger of the scooters was definitely part of the appeal. “I mean, I wouldn’t normally ride one a scooter like this, it looks like dorky as hell, but the ads really got to me. I’m not a coward. I’ll ride the scooter full speed down Milwaukee. I’ll let someone door me! I just want to feel something!”

“We’re excited to see so many people enjoying the convenience, ease, and incredible risk of using the scooters,” said Alverez. “Lyft is hoping they are enough of a success that we’ll be able to unveil the 2.0 version next Summer. It’s just a log you roll down the sidewalk while running on top of. You know, like lumberjacks do? Only these won’t be on the water, they’ll be on the land. If you fall off you’ll get super hurt. It’s going to be great.”