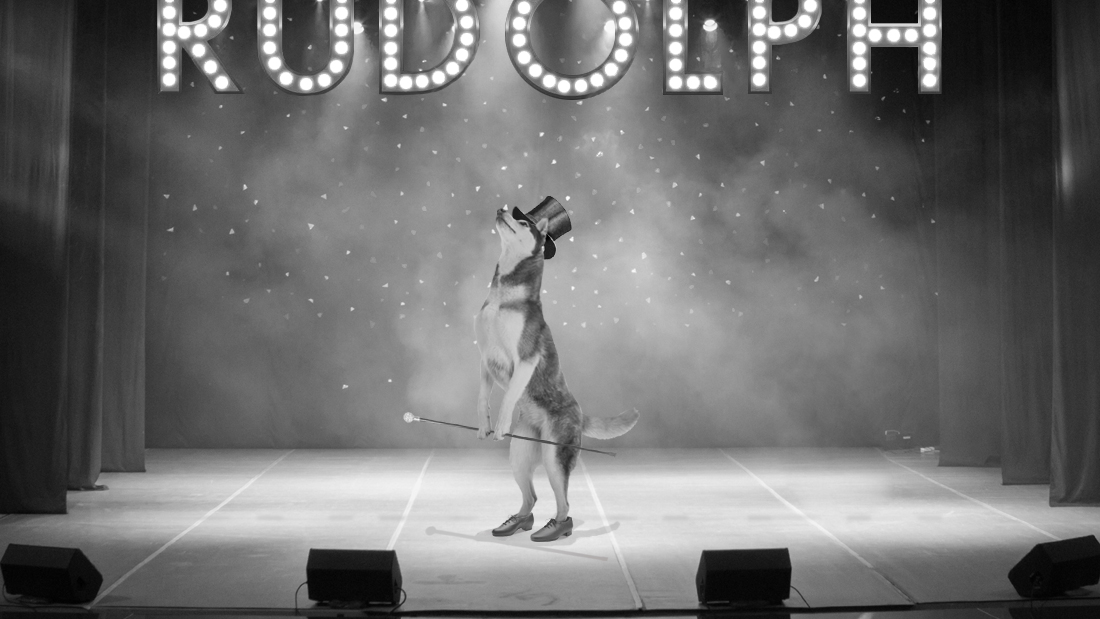 LINCOLN PARK—Somber news for Chicago theater broke late last night as reports have confirmed that Rudolph, Steppenwolf’s beloved Steppin’ Wolf, has died. A much-admired but oft-overlooked face within the community since the theater’s founding in 1974, Rudolph’s passing has sent ripples of mourning throughout those in the know since it was announced.

“The impression that Rudolph made on the Chicago theater community can’t be overstated,” said Anna D. Shapiro, current Artistic Director of the Steppenwolf Theatre Company. “There wasn’t a production at this theater that wasn’t made better by a 20 minute soft-shoe routine featuring that little devil. He will be missed immensely.”

Terry Kinney, Jeff Perry and Gary Sinise originally founded Steppenwolf in Deerfield, IL as a way to showcase Rudolph’s unique talents. They only began performing theatrical works as a way to compensate for nights when Rudolph couldn’t, or wouldn’t perform.

“Rudolph was always the real money-maker,” Jeff Perry recalls, “but he could be temperamental and fussy, so the theater thing was really just a way to cover our asses. Yeah, some nights he wouldn’t so much as look at his cane and top hat or started howling whenever we’d queue ‘Pick Yourself Up’ from Swing Time at the dress rehearsal.”

“He was kind of a little shit,” added Gary Sinise, “let’s not mince words. But that was part of his charm. And no one put asses in seats like Rudolph in his prime.”

In his later years, Rudolph became withdrawn and difficult to work with, requiring bombastic stage shows that were increasingly at odds with the intense, focused dramas the company was rapidly becoming known for. He was moved to an emeritus status sometime in the 1990s, and sadly, quietly forgotten about by a younger generation of Chicago theatergoers and thespians.

“People have concocted all sorts of crazy stories about how we got the name Steppenwolf,” Terry Kinney recalls. “But that’s only because they don’t know their history. Everyone’s like ‘oh it’s that Herman Hesse book,’ or ‘you must love that early 70s acid rock band,’ or ‘you must be a big Jack Kirby fan—The New Gods right?’ It never ends.”

“Rudolph’s passing is tragic, and for better or worse presages the end of an era in Chicago theater,” said Tony award-winning actor and Pulitzer Prize-awarded playwright Tracy Letts. “While Rudolph and I never got along particularly well during the process for August: Osage County as we were constantly fighting to suck the remaining meat off the same deer leg almost every night, I respected him and his process immensely.”

“In addition! Both of us have been snubbed by the Jeff Awards for the entirety of our careers, even though we’ve both made inimitable contributions to the Chicago theater community,” Letts managed to add before Chicago Genius Herald reporters could wrestle the mic away from him.

“I loved that little freak,” said a wild-eyed Michael Shannon who was sleeping in the dumpster behind The Old Town Ale House when the news broke. “I fucking….it’s over. It’s all over. No Rudolph, no Steppenwolf. You take out the wolf and the whole thing crumbles. A Red Orchid, Victory Gardens, The Goodman...it all ends now,” Shannon concluded as he dropped an entire fish into his open mouth and then pulled out just the skeleton, which he lazily tossed into the alley before finally rolling over and going back to sleep.

Rest in peace, Rudolph. We can only hope you’re stepping it up in heaven—or hell, depending on whether or not you liked doing it or not.