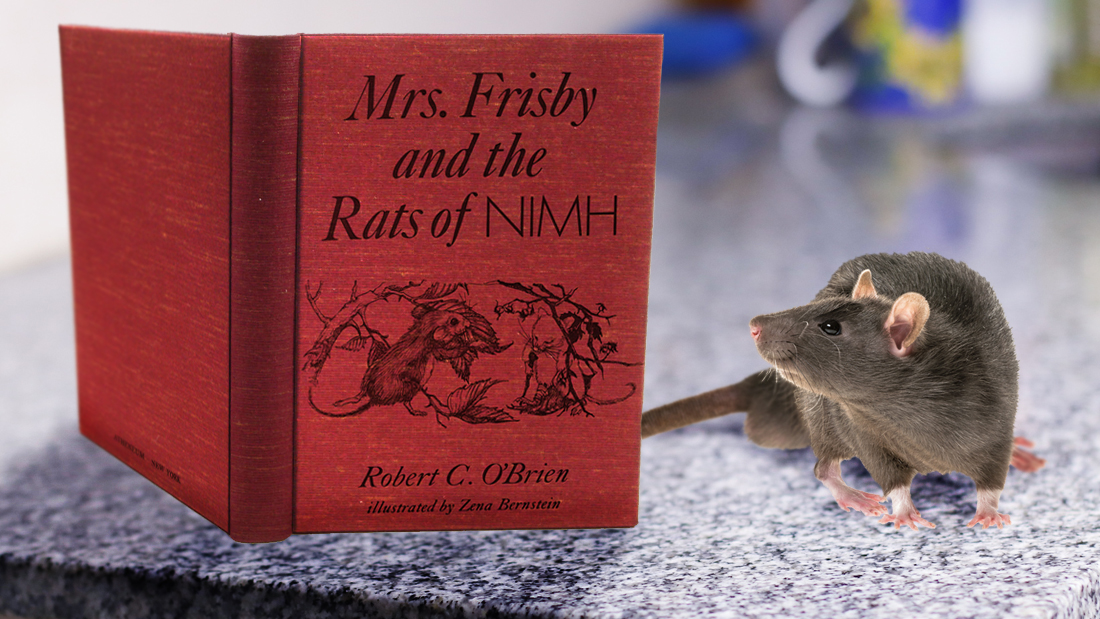 OAK PARK — The Chicago Public Library’s “Summer Learning Challenge” was set to begin later this month with YA dark fantasy classic Mrs. Frisby and the Rats of NIMH, but the program’s choice of literature created an unexpected menace for Chicago when a few copies found their way into the city’s alleys this week: The rats have read Nimh, folks, and they’re pissed.

This is a pretty serious problem on CPL’s hands, y’all. This morning, a writhing and deeply troubled horde of rats approached a National Institute of Mental Health outreach office in Oak Park to protest the actions of researchers as depicted in the novel, bearing tiny picket signs reading “Justice for Johnathan” and “Remember Thorn Valley.” It’s hard to imagine the effect that Robert C. O’Brien’s descriptions of unethical animal research would have on a tiny rodent mind just grasping the written word for the first time, but it seems like we’re going to be dealing with some deeply disgruntled rodents for some time.

Chicago’s rats have seemingly begun executing a direct action plan inspired by the novel, taking matters into their own tiny balled up fists. Last night several housecats resembling the character “Dragon” were found drugged in a similar manner to the fictional cat, and multiple jewelry stores report the theft of large emeralds approximating the magical amulet in the novel. What was supposed to be a fun way to keep kids’ minds engaged over the summer has become some kind of rage-fueled class warfare for these guys.

What’s worse, the rats aren’t the only ones who’ve read this crazy book. Chicago’s crows and ravens, no doubt given confidence by the book’s clumsy crow Casanova “Jeremy,” have flocked to Chicago’s dating apps to find love. It’s hard to open Tinder or OKCupid this week without seeing a blurry photo of a collection of shiny trinkets or a corvid standing protectively over a bag of Doritos.

We don’t know what the CPL is going to do to repair the city’s broken relationship with its local wildlife, but it better be soon, because these rats are livid. We don’t need to remind you about the summer they did Watership Down — we’ll never underestimate the raw fury of a bunny again.