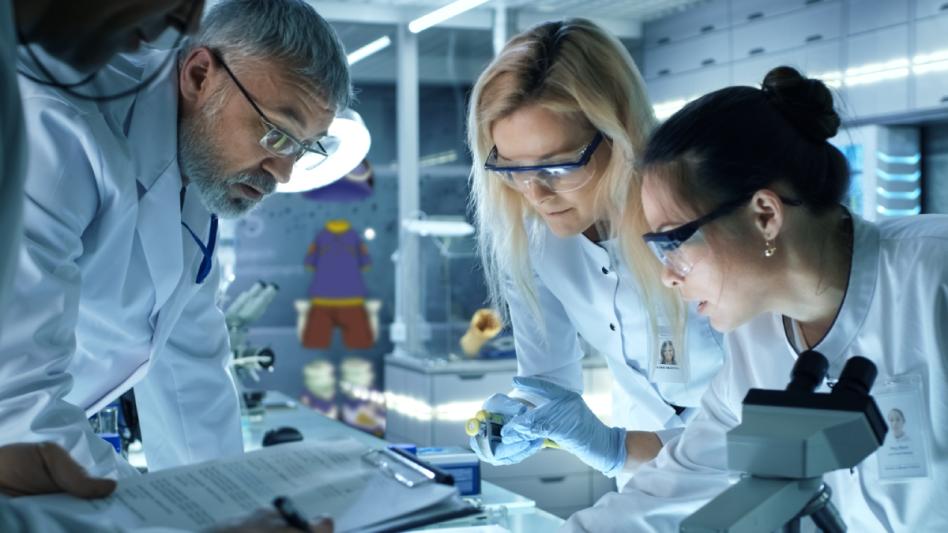 GENEVA — In a startling press release Wednesday from the United Nations and the World Health Organization, the agencies solemnly admitted that widespread conspiracy theories regarding world governments adding microchips to coronavirus vaccines are in fact true. Though a startling violation of human rights, the joint UN/WHO effort is intended to create a new line of defense against global cyber threats: the DigiDestined.

In the release, the WHO acknowledged the deeply troubling implications of the program, which has surreptitiously inserted digital tracking devices into millions of individuals worldwide. “We recognize the legal and ethical issues inherent in this project,” the release stated, “but we hope history will judge us kindly when the next generation of malware is decimated by a missile with teeth fired from the righteous ordnance mounted in MetalGreymon’s rippling pectoral muscles.”

Simultaneous to the press release, the WHO published a report outlining the goals for the project, which include identifying a team of “plucky and courageous individuals from a variety of backgrounds between the ages of 12 and 16 who show remarkable facility with technology.” The report allows that “we weren’t really sure how to create the unique magic of Digimon companionship from scratch, so we put an internet connection and a pretty good processor on these things and hoped for the best. It is supposed to be destiny, after all.”

According to the WHO, many candidates have already shown promise — especially with the recent rollout of vaccines to teenagers — and several have independently formed friendships with one another. “This is crucial to the defense of Earth,” the report states. “We may have played right into anti-vaccination narratives and broken public confidence in science, but we had to be sure that a diverse enough pool of personalities would be given the chance to bond with monster companions — and so doing, forge a bond that will deliver the world from destruction.”

In fact, The Chicago Genius Herald has learned that this deeply illegal project may have given Chicago its own champion of the digital world. Lexy Guerra, 16, one of our homegrown DigiDestined, has begun to notice some surprising changes. “I may not like that i didn’t have a choice,” Guerra told the Genius Herald, “but now, alongside being immune to COVID, all of my dreams feature a giant muscle-y beetle covered in knives who speaks to me with the voice of a friend.” Guerra adjusted an oversized pair of goggles on her forehead before continuing. “She wants me to visit her on the Internet. That’s…that’s impossible, right?”

The UN, for their part, has redacted many of the upcoming steps from the WHO’s report, and would not offer much clarity on what the DigiDestined can expect next. Reiko Yoshida, 54, writer for the Digimon series and now a lead scientist on the project, only told us that “In addition to fighting immense legal battles over this decision in nearly every country, in the next year we hope to vaccinate the rest of the world’s children to, er, protect them from COVID.” Under their breath, they added, “We can only hope we are not too late.”

Close analysis of Yoshida’s Zoom video feed revealed what appeared to be schematics for a “Digivice” and blurry surveillance photos of many-armed embodiment of evil Apocalymon hovering over New York City, both visible for a few seconds before Yoshida hurriedly enabled a virtual background. The UN would not respond to requests to explain the implications of these artifacts, responding only with “it is up to the Champions to judge us now.”