Yellow Leaf Really Going For It 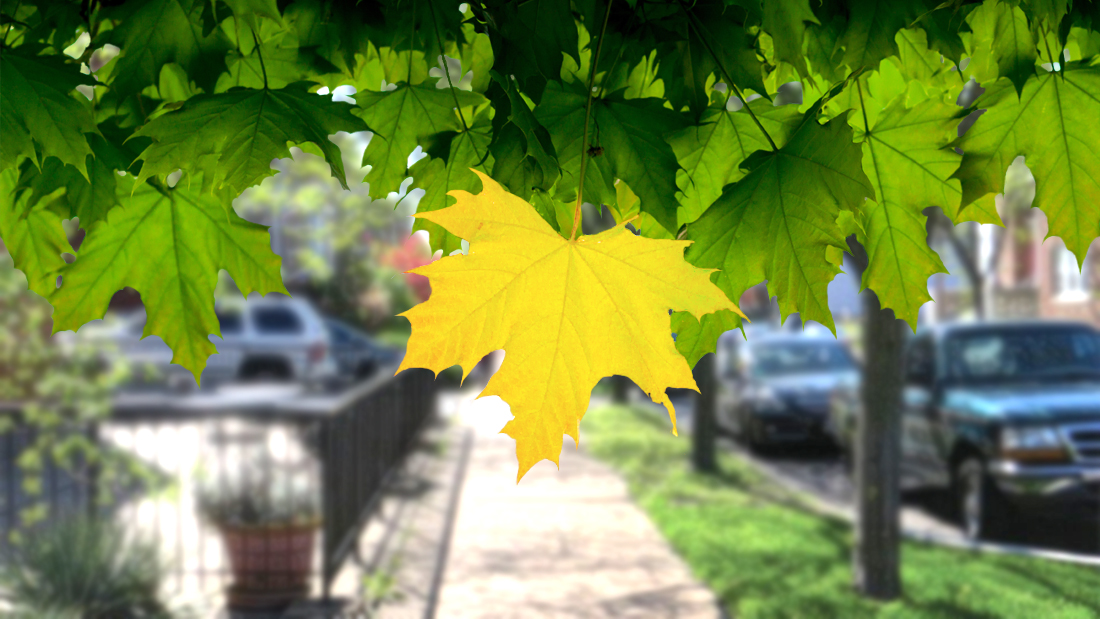 ANDERSONVILLE — In full and earnest celebration of the start of autumn, a yellow maple leaf on a sidewalk tree on the 5300 block of North Clark Street is really going for it. Breaking down its chlorophyll with spectacular verve and attention to detail, the leaf’s efforts make it a stand-out on the block. While other leaves began turning earlier in the month, their muddied colors and overhasty green-to-brown transitions left something to be desired.

“I just love fall,” said the yellow leaf, blushing brilliantly with its development of anthocyanin pigments. “I mean, I’ve heard so much about it and I wanted to do it right for everyone.” Bearing no holes from beetles or signs of wind damage, the leaf shone with an autumnal glow previously reserved for jack o'lanterns or scarecrows in their second trimester. “Times are hard, so I wanted to do my part to give everyone a reason to look up and smile this season,” the leaf added, fluttering nobly in the breeze.

Local resident Katie Santos, 26, first noticed the leaf two days ago. “When I was a little kid, my mom and I would always look for the first leaves starting to turn in the fall,” she said, smiling at the memory. “Since my sewer tour business has picked up, I’ve been too busy to notice stuff like that—it’s been nonstop work. But then I noticed this little guy fluttering against my window a couple days ago,” she stated, pointing at the leaf with a well-calloused finger, “And it made me think of my mom and all the falls we spent together in the pipeworks.”

“I want to be jealous of them, I really do,” said fellow maple leaf, dappled with orange spots. “But they’re just so nice that I can’t be mad. I’ve never met a leaf that’s worked as hard as they do on their colorations. It’s an inspiration, honestly.” When asked about its branch’s coworkers, the yellow leaf paused, and you could tell it was really thinking about the question in a deep and conscientious way. “At the end of the day, it’s a team effort,” it stated, as the surrounding leaves nodded gently. “One beautiful leaf does not a beautiful tree make. I’m nothing without these guys—I know that for a fact. We’re all in this thing together, and that’s pretty special.”

While the leaf may be leading the pack, many fellow leaves are following its example, exposing their xanthophyll pigments and carotenes in an innovative and breathtaking display. “A lion does not concern itself with the opinions of sheep,” said the host maple tree, rustling its branches to prompt a gentle cascade of falling leaves. “But I’m glad everyone’s enjoying themselves.”