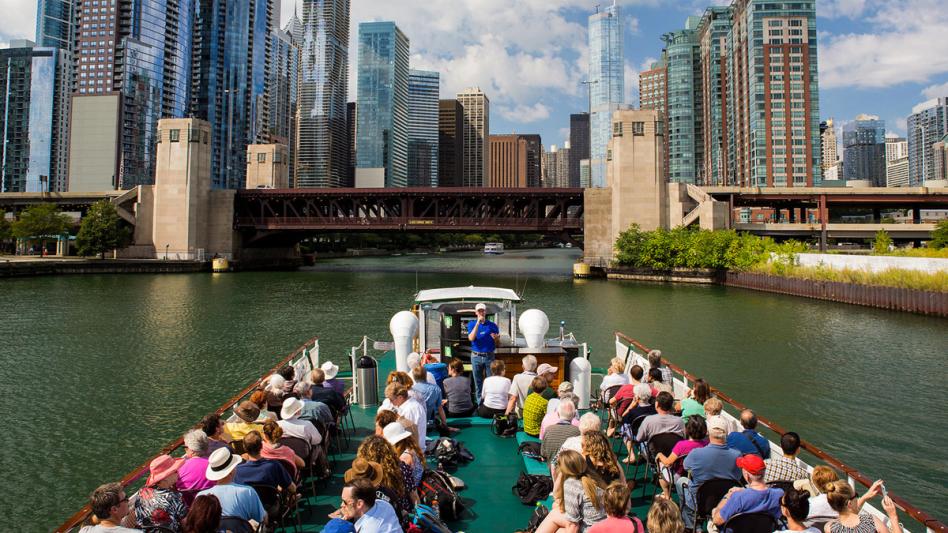 THE LOOP — During an architecture cruise tour aboard the First Lady of Chicago, tourists and weirdos who genuinely like history were treated to an especially informative tour from Fred Robiel, 54, a guide for First Lady Cruises for twenty-plus years. Robiel spiced up the hour-long tour for the captive audience by discussing the secret private lives of the buildings that make up Chicago’s famous skyline, including revealing which buildings have slept together.

Throwing away the usual script of pointing out historical architectural achievements along the banks of the Chicago River, Robiel instead launched into revealing, graphic accounts of the buildings’ sexual histories and predilections. According to many aboard the ship the titillating tour “bordered on pornography” for most of the cruise.

Large parts of the tour were focused on the web of relationships between the various buildings and who was doing what to who and when. Participants were scandalized to hear the levels of sexual debauchery, betrayal, and passion engaged in by the various skyscraper buildings. According to eyewitnesses, Robiel appeared to briefly get incensed with the Wrigley Building and repeatedly called it “the faux-Spanish slut,” when recalling its torrid affair with Tribune Tower.

“They were made for each other, and I’ll never forgive that terra cotta tramp for throwing it all away for that slick creep 333 West Wacker!” Robiel was heard to say before spitting on the deck in disgust.

“Sure, Freddy just got divorced and has been getting into some pretty unconventional stuff in the dating game,” said Capt. Greta VanGreta, 43, captain of the First Lady of Chicago, “But I don’t think his outer life is manifesting in his work in any sort of confessional way. But what do I know, I’m a tour boat captain, not a frickin’ Freud.”