I Made Thousands From The Gamestop Trade Boom, But I’m Still Furious They Only Offered Me Fifty Cents for My Copy of Halo: Reach 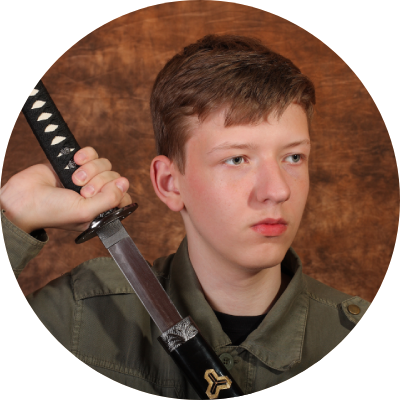 Dear readers, I do not take up my pen within these august pages lightly. Much has transpired to draw my ire in the past year, but in the samurai tradition I remain calm and resolute, reserving my anger for only the most worthy of moments. This week was just such a moment for me, the solemn guardian of Lincoln Park High School. Despite my recent $7,446.30 windfall manipulating GameStop’s stock value from my GamerThrone, I can never forget the insult to my honor and intelligence they perpetrated when they only offered me fifty cents for a pristine copy of Halo: Reach.

Like many other denizens of the garden of earthly delights known as Reddit, I wielded my keen intellect this week to squeeze Wall Street short sellers out of several thousand dollars using my dad’s MacBook and the Robinhood account he set up for me. My dad was proud of me, once I kindly explained to him my stratagem. GameStop had rewarded my genius. I was, for a brief moment, king.

It was then, dear readers, that I remembered my last dealings with the desperate scoundrels at this meagerly-appointed gamer’s brothel, and my glowing triumph was strangled by rage. I gripped the handle of my katana, white-knuckled, as the humiliation I suffered at their hands returned to me in my mind-palace.

I was back at the strip mall in Buena Park two years ago, confidently extending my prized video game collection over the counter to the husk of a man before me, expecting a fitting reward for my discerning taste in digital entertainments. And then that bastard, that craven bespectacled bandit, insolently croaked a number at me that almost provoked me to slay him on the spot! Five dollars for the whole collection, and fifty cents for its crown jewel — Bungie’s final masterwork on the Halo series, Reach (2010)!

That man was lucky I had left my tanto in its stand, else he would have been deftly unseamed in a swift strike of righteous fury! Fifty cents for Halo: Reach! In pristine condition! At the time, widely hailed as the best entry in the series, and critically regarded as a fitting farewell to the original Bungie era of the franchise! Not to mention the rich legacy of both my older brother’s save files and my own painted across the silver disk in Covenant blood...Fifty cents was as a slap to the face!

Perhaps this hideous pirate had recently reread Wired’s 2010 review of the game, in which Gus Mastrapa claims that Reach didn’t reach (my clever pun) the high standard for lore and story that fans had come to expect. “The characters in Halo: Reach are all swagger and no depth,” Mastrapa writes. Ah, but the players have concluded differently — pristine copies of the game currently sell for over $100 online — and is it not your stated mission to cede POWER to the PLAYERS, GameStop? Heh, then it is only fitting that on the backs of your idiotic executives I have grown in power immeasurably this week!

Indeed, swimming in my gains — and, yes, indulging in a few lulz — that amount means nothing to me, and this small revenge is a balm. But I shall never forget the treachery, the deceit of GameStop to offer me fifty cents, when the most cursory of searches exposes that they currently list a used copy for sale for $14.99! This, much more than the amount, still sours my well-deserved enjoyment of an imported special-edition peach-flavored Fanta, produced only in Japan.
Know this, GameStop. My hunger for vengeance has been sated for now. But a warrior never forgets his enemy’s moves, and I will be watching for you and your horrible little villain behind the counter on Addison to make another mistake. Oh, and I’ll be coming in to sell my copy of Batman: Arkham City next week.