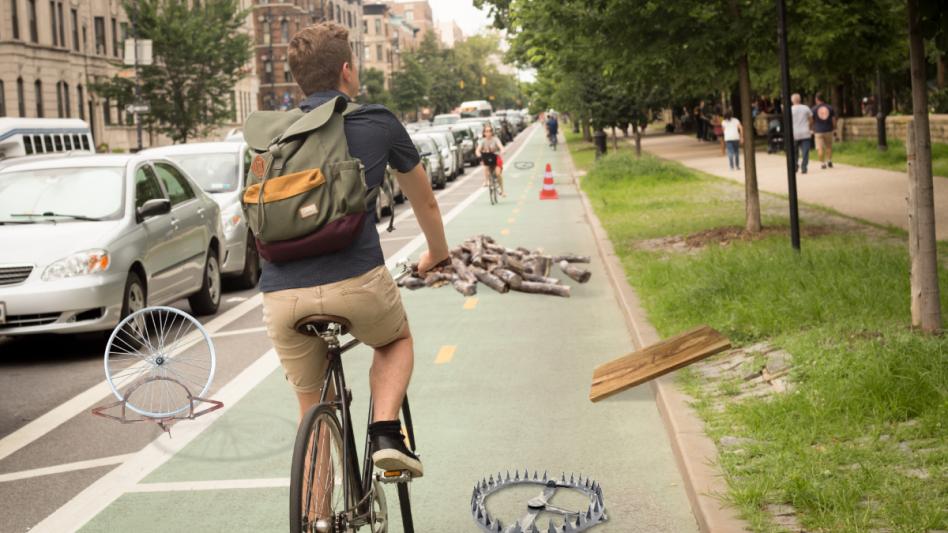 THE LOOP — In a push to encourage alternative modes of transit within the city, sources report that starting in the spring of next year, experienced cyclists will be allowed to use more challenging “bike lanes+” the City Council plans to spend the winter installing.

“Currently, the city’s most battle-hardened cyclists aren’t adequately being served by the bike culture we’ve developed,” explained the lanes’ developer, Lance Remington, 45. “Although we do our best to make sure Chicago’s bike lanes are as inhospitable as possible and designed to let the maximum amount of users get doored into traffic, ultimately this may not prove challenging enough for defensive bikers.”

“Specifically,” explained Remington, “These lanes were designed for users who have commuted down Damen Ave. more than once and haven’t immediately said, ‘actually, fuck this’ and thrown their bike into the river.”

The new bike lanes will offer new and exciting challenges to anyone looking to make getting from one end of Chicago to the other as challenging as possible.

According to city officials, these bike lanes will be created by placing land mines, barbed wire and hornets’ nests all along existing bike routes in order to maximize the amount of challenge provided. Additionally, certain bike hitches will now be rigged to explode if you try to lock a Huffy, Schwinn or All-City brand cycle to them.

“Although there won’t be enough time to install them in time for their debut this spring,” said Remington, “we're also toying with the idea of installing warp gates along the bike paths that transport you directly onto I-90 if you use them.”

While many critics of this plan are insistent that the city should be making the bike lanes more accessible for all riders, not creating a hyper-difficult challenge mode for a few thrill seekers, Remington and his team have stressed that the bike lanes+ are entirely opt-in.

“If you ride your bike in Chicago, you’ve opted into participating,” he explained.

Although these new lanes won’t be operational until the Springtime, eager users can get a little extra practice in before they drop by trying to bike from somewhere in the city to anywhere else in the city from around 8 am to 7:30 pm.