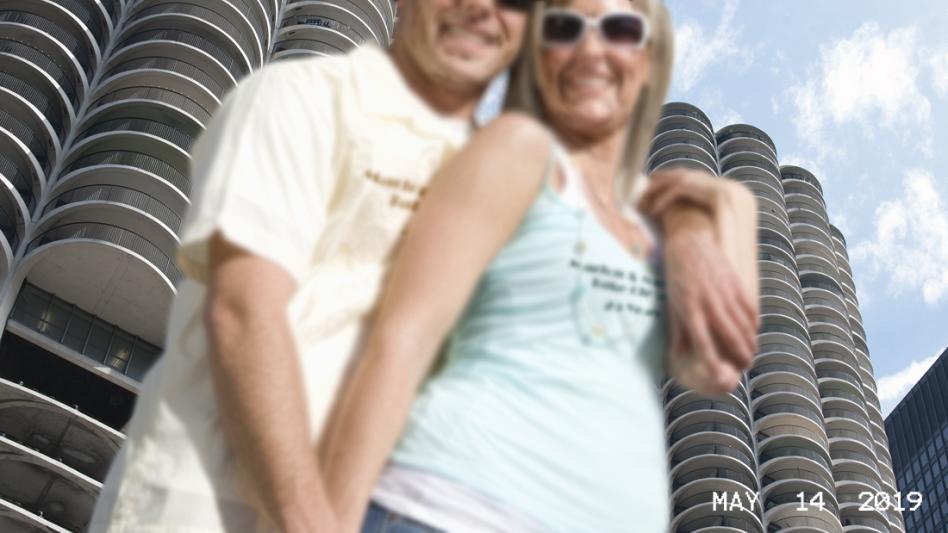 RIVER NORTH—Not wanting to ruin what seemed like an otherwise beautiful trip into the Windy City, reports have surfaced that no one in the greater downtown of Chicago had the heart to tell Marlon and Marianne Runcible, 45 and 46, that their photos of the Marina Towers were going to look like absolute dogshit and they were better off not even bothering.

The Runcibles, who hail from Milwaukee, were reportedly seen on the State St. Bridge around 4 p.m. on May 3rd, trying their absolute hardest to get a good angle on the Marina Towers and by all indicated reports making a real hash of it.

“At first, I was kind of like Jesus Christ, let’s move it along,” said Ellen Breckenmeier, 29, “since I saw the guy kind of like directing his wife along the railing of the bridge and making a little frame with his hands. But then I saw him produce an old film camera, like from the 80s, and I just thought, he’s not even going to know how badly those pictures are going to turn out. Why not let him have this one?”

Other Chicagoans, seeing the Runcibles participating in their doomed errand, seemed to agree that the best course of action was just to let them have this one.

“Normally I don’t give a shit,” said Durstin Garvey, 43. “I don’t care where you’re from—Osaka, Tunisia, Bavaria—I will walk directly through your photo op and completely ruin it. But for whatever reason seeing these squat little Wisconsinites going for it in sheer defiance of how utterly atrocious those photos are going to look just made me think, why put more negativity into the world?”

“They asked me to take a photo of the both of them,” recalled Tarrence Roy, 17, “and I really had to respect the sheer amount of goodwill and faith in humanity it must take to hand your camera to a stranger in downtown Chicago. I could have done anything with that camera but when I looked through the viewfinder and saw these two dumpy goons holding hands and looking all excited about being in ‘The Big City’, what else could I do?”

As of presstime the Runcibles were last seen wearing matching t-shirts with “Marlon and Marianne Take Chicago—25 Years” embroidered on them, talking excitedly about their plans to go visit “this really great work of art they got in the park—it’s called The Bean donchaknow?” Jesus Christ.