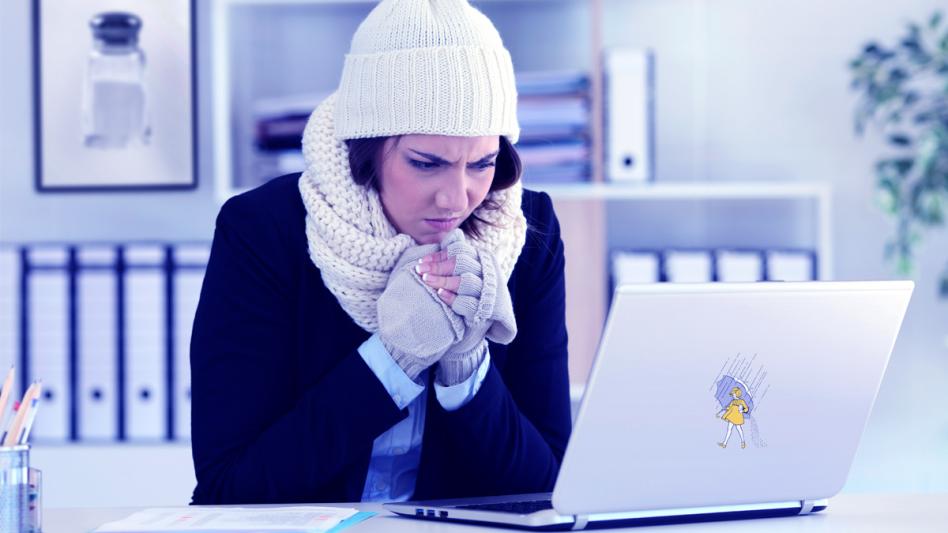 THE LOOP — Following the announcement last week from Chicago-based Morton Salt that it would be laying off 120 employees, the company is rushing to develop a new product capable of de-icing the atmosphere at its Lake Street headquarters.

The layoffs, which follow the purchase of Morton Salt by California investment firm Stone Canyon Industries, have created a “decidedly frosty vibe” at the corporate office in Chicago’s Loop, according to an anonymous source. “Forty percent of our colleagues, axed on the same day? It got FRIGID in here real quick,” our source told the Chicago Genius Herald. “By the next day we had to bring hand warmers in, and now we’re in our parkas.”

While Morton’s R&D department is well used to developing road salt for icy months, early reports indicate that employee relations at Lake Street are “nearing absolute zero,” a definite challenge for the company’s top scientists. “In a normal salt-uation, we’d have this handled,” said Pete Renderer, 40, Director of Chemical Research for Morton, in a press conference. “But magnesium chloride only goes down to five degrees, and a single tense sigh from Wendy this morning brought us into the negatives.”

In the meantime, members of the office staff who have been recently laid off seem to not be affected by the cold. Ty Warbler, 32, one of the seasoned employees let go by Morton, told the Genius Herald over Zoom that they “don’t feel a thing,” before uncrossing their arms and breaking their coffee mug out of a large outcropping of ice on their desk. “I’ve been wearing a polo shirt this whole time and I don’t know what everyone’s problem is,” Warbler continued, before glaring around the office and turning on a small desk fan.

While Morton research labs work around the clock, maintenance crews at the building told the Genius Herald that they are also doing everything they can to make the space habitable. “We cranked up the heat as high as it’ll go, but it just doesn’t seem to do a thing on that floor,” said Rhonda Gall, 51, maintenance chief. “Not really sure why they’re making everyone work in the office after this,” she continued. “It seems like, uh, salt in the wound if you will.”

At press time, Morton plans to go ahead with the layoffs despite the continuing atmospheric effects in the office. The company released this statement commenting on the crisis: “while this may appear as a soulless cost-cutting measure imposed by the private equity firm that acquired us, we prefer to think of it as going back to our founding principles: desiccating meat, toxifying the local environment, and leaving the world just a little bit saltier.”