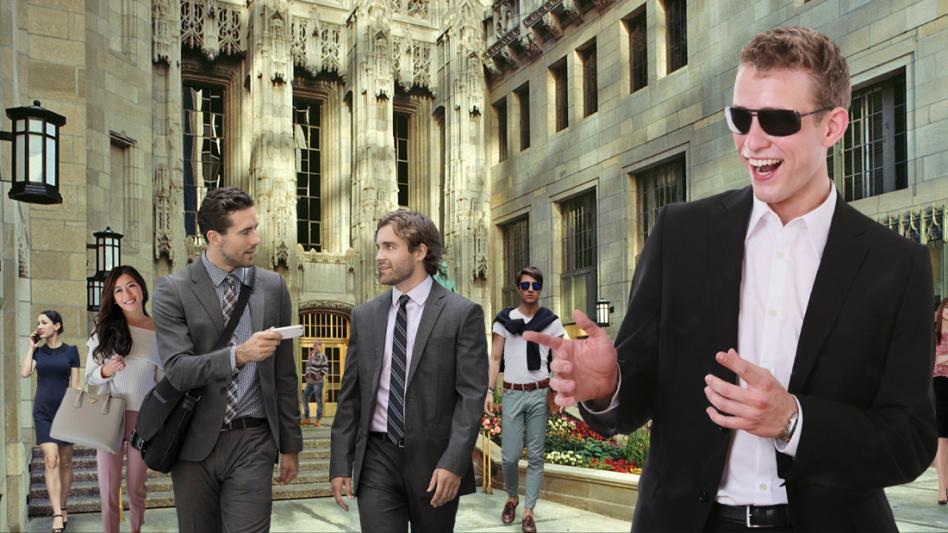 “While it’s never easy to close the book part of your history,” the august, downtown Neo-Gothic landmark said, “my heart hadn’t been in journalism for a long time, so when a new opportunity presented itself I just felt that I had to jump on it.”

“I’ll miss all of my co-workers at Tribune Media,” the building continued, “but when I really started being honest with myself, I’ve always fantasized about contributing to the increasing income disparity of my city by providing shelter to some of its most affluent citizens in the heart of our deeply characterless and bland downtown.”

The Tower was designed by New York architects Howells & Hood and sold to the Los Angeles-based CIM Group back in 2016 for the staggering sum of $240 million dollars. The building however, which contains fragments of famous sites and natural wonders from around the world in its masonry, insisted it wasn’t about the money, it was about the undeniable sense of place it would be able to instill in all seven people who would be able to pay the prohibitively expensive cost of living there.

“When an Iranian diamond smuggler comes back to embark on a frightening cocaine bender in his little pied-a-terre,” The Tribune Tower mused, “or a Google C-suite executive needs to unwind from a long day of algorithmically entrenching systemic prejudice into the invisible systems that increasingly control more and more of our everyday lives, it’s important that they be able to run their hands over a piece of the Taj Mahal, petrified redwood from California or part of Angkor Wat as they enter and be able to think, ‘I own this. This is mine, and no one else gets to have it.’”

Tribune Tower insisted that it will of course miss the hustle and bustle of the newsroom, but insisted there’s also a lot to love about being so empty that the silence itself will be deafening and oppressive.

“Once a Morningstar employee comes home to an exhaustively designed minimalist penthouse in my upper levels, hops on his Peloton for a quick cardio session and then slits his wrists in the bathtub because he can’t stand the spiritually malignant life he’s led for one more second,” the building concluded before staring dreamily off into the distance, “then I’ll know I’ve finally made it.”

“No one will find him for a week,” the Tower said. “And that alone makes it worth it.”