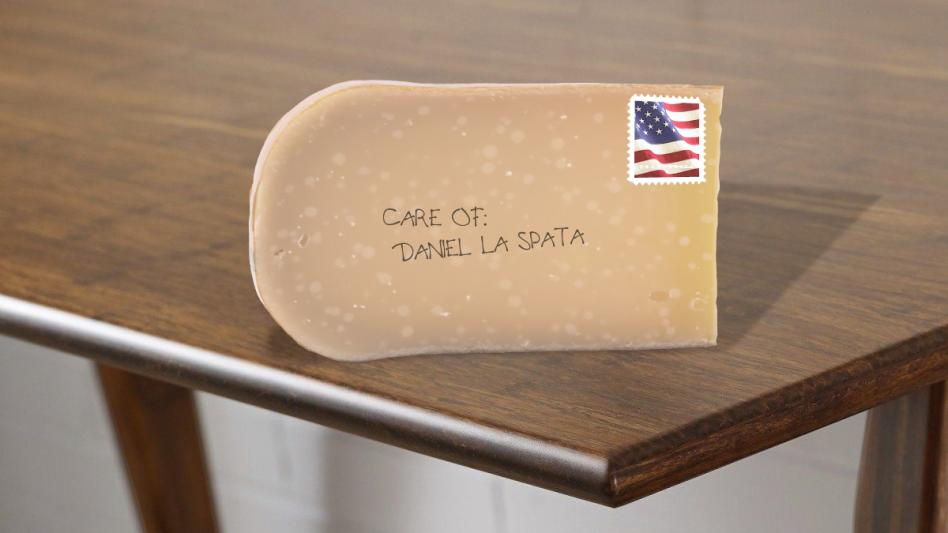 CITY HALL — Expressing frustration over difficulties occurring in the postal service, local aldermen are slamming the Chicago Postmaster general, pushing her for answers on the new development apparent in mailboxes city wide: all the mail is made of provolone cheese now.

The problem appeared seemingly overnight. Where once Chicagoans might have encountered paper envelopes and cards in their mailboxes, now there is only provolone, stamped and addressed and piled in damp handfuls. “I sent a postcard to my sister in Bucktown,” said Ravenswood Manor resident Sandra Allen, 37. “I even drew a little Celtic knot on it, to let her know I still like Celtic knots. But by the time it got to her, she said the intricacies of the design had been eaten away, probably by a rat but maybe even by a person who likes cheese! Where are my tax dollars going, if they’re not going to stop guys from eating my mail!”

“This is outrageous and entirely preventable,” said 1st Ward Alderman Daniel La Spata, holding up wet shards of cheese addressed to his office. “How am I supposed to respond to my constituents if their demands cover themselves over in mold after a few days?” Sudden as the cheese switch might seem, many city officials see it as the inevitable result of underfunding. “This is what happens when we don’t support public institutions,” said La Spata, attempting to make out the contents of a letter with a magnifying glass and a small cheese knife. “We all suffer.”

“Folks like to get riled up about things,” said Chicago Postmaster Wanda Prater, filing a pile of bills into her office mini fridge. “But our country is always changing; that’s what I love about it. We’re innovators. One day, we’re all living in log cabins. The next day, bam! A little something called the condominium rears its head, and now we all have cable. That’s the American dream, baby. And provolone mail is just the next hot thing.”

As the city uneasily adjusts to the perishable dairy missives decomposing in its foyers, many Chicagoans remain nonplussed. “Am I actually supposed to pay this?” said Allen, holding up a credit card bill typed onto a circle of mellow smoked cheese. “I don’t want to put my CVV on here if someone’s going to nibble through the envelope. That doesn’t seem secure.”