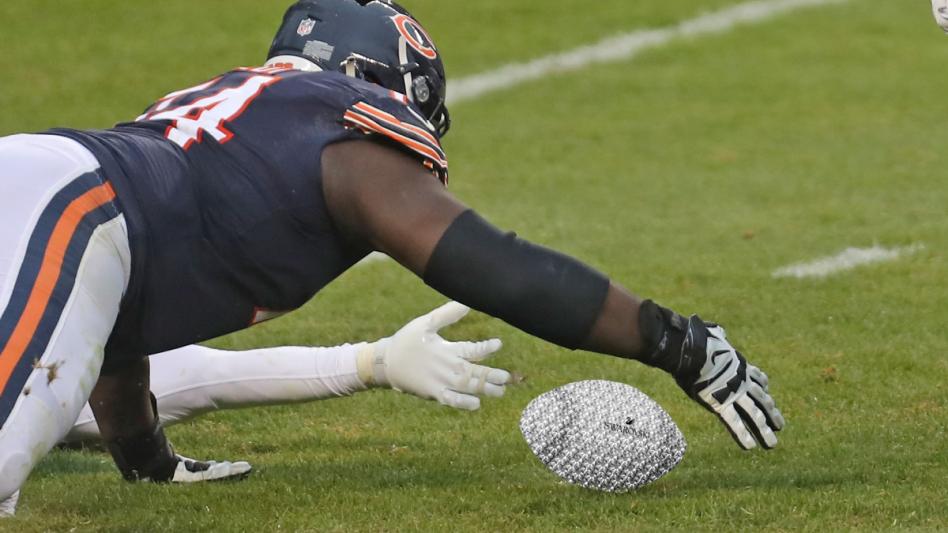 SOLDIER FIELD— Although we can all agree that the year behind us is barely worth celebrating at all, many in Chicago are looking for an outlet for their year-end energies -- and the Chicago Bears are no exception. In classic Bears form, our boys in orange and blue haven’t let this year defeat them, and at Soldier Field they’re indulging in a classic Bears tradition: dropping the ball.

According to Bears head coach Matt Nagy, 42, “As much as I’ve tried to prevent this, these Bears just can’t be stopped. On New Years’, it’s an old Bears tradition: they plan on letting the ball fall fully to the ground. God help me.” Nagy buried his face in his hands before gesturing defeatedly at the excited players rolling around in the fresh snow.

When the Chicago Genius Herald staff on hand was able to gently pull the cavorting Bears apart, we asked them about their expectations for the upcoming year and their traditional ceremony on New Years’ Eve. Tight end Cole Kmet, 21, relayed his excitement for the upcoming festivities. “Man, I can’t wait to gather all my friends together on the Bears and communally relinquish control of the ball to the other team. It’s something we do all the time, but it really is special to goof up with the football at this time of year.” After speaking with us, Kmet returned to roughhousing with the rest of the assembled Bears before their penultimate practice for the year.

While—as Kmet says—this is a common-enough occurrence for the Bears, many in Chicago are excited for the event too. “These guys fuck up nearly constantly,” said Marge Perchik, 44, a longtime fan watching the practice from the stands. “But damn if it isn’t exciting every year waiting to see if they’ll do it on New Years’ too.”

“They will, they absolutely will, but it’s the spirit of the thing. Aw, look at ‘em go, the rascals.”

When the Chicago Genius Herald left Soldier Field to let the Bears practice for their big night, Perchik was cheering the players on loudly as every one of them, in unison, tripped.