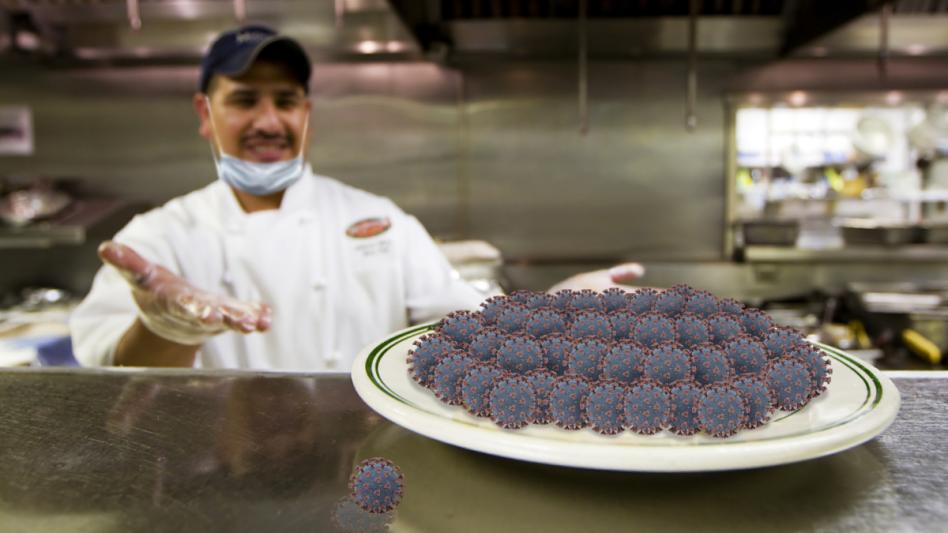 “It’s been extra busy lately, but I’m used to hustling,” said Pantone, a longtime fry cook no stranger to fulfilling orders no matter how unorthodox. “Cracking eggs, shredding potatoes, coronavirus cases, you name it.” Going on to note that whatever order he gets from the waitress is what ends up being served, Pantone accepted no liability for the process.

“You ordered the surge, now eat it,” he said, wiping sweat off his brow while sweeping a rash of bacon onto a platter along with several airborne pathogens. “I don’t make the rules.”

As customers flocked to the diner, ordering case after case of COVID-19 while filling the building with particles, Pantone struggled to keep up with the increasing rate of the spread, as did the serving staff.

“I don’t have a lot of talk since I have to get this out to the tables,” said waitress Debbie Corners, 45. “Generally customers like their viral illnesses hot, and I like to make sure no one leaves with a frown or without the beginnings of flu-like symptoms.” Corners, a staple of the diner and longtime coworker with Pantone, said the two had long ago developed a comfortable rhythm. “I give him the orders, he makes them, I serve them,” she said, chewing a large and marbled wad of gum. “Doesn’t matter if it’s a western omelette or a citywide surge, we’ll get it out.”

“Takes a lot of stamina to serve a surge of this proportion without burning out,” said Pantone admiringly. “Debbie’s a pro. We wouldn’t be seeing case increases by the thousands without her feet on the linoleum every morning. She just knows how to get it done.”

“Oh, we love it here,” said customer Sarah Katch, 32, enjoying a plate of viral eggs in a booth with her husband and friends. “Legally they have to serve us, and that’s super refreshing in a time like this.”