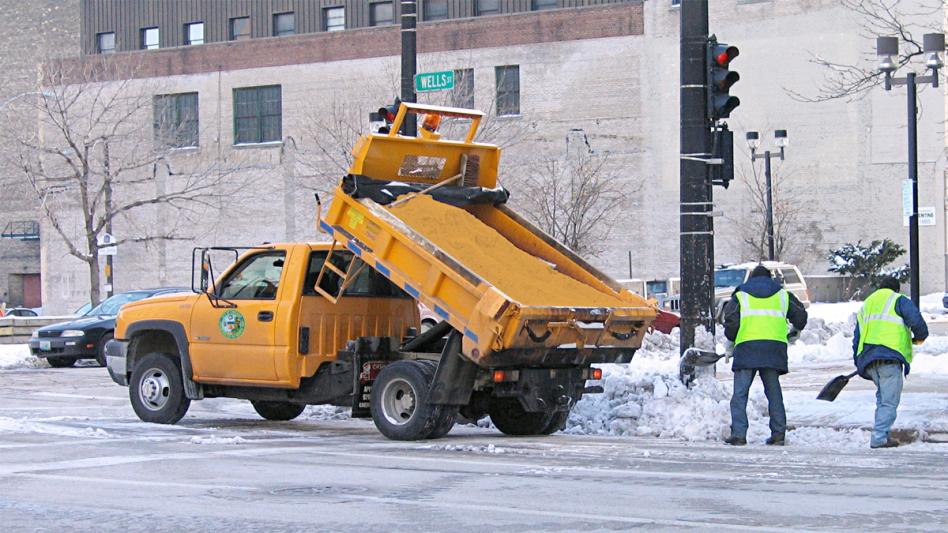 THE LOOP — The Chicago Department of Streets and Sanitation announced Wednesday that they have deployed a new fleet of salt trucks loaded with celery salt to season the streets in the traditional Chicago style.

“The safety of our citizens during the harsh Chicago winter is absolutely paramount to our department,” said street spicer Carol Symanski, 43, who we came across dipping a naked hot dog into the back of his truck before taking a bite. “And if we can add a little flavor into their lives, well that right there is a job well done.”

Last year the department tried a similar strategy with neon-green relish, but had to pull the trucks after numerous citizens complained, believing it to be some kind of toxic spill.

“Also it didn’t melt the freaking snow,” added Symanski, winking. “And if celery salt doesn’t work, next year we’re going to try sport peppers. That should be hot enough for ‘em.”

When asked about the questionable cost effectiveness of the program and alleged dark money connections to Big Hot Dog, which has been under pressure due to COVID to offload excess condiments, Symanski deflected and asked this Chicago Genius Herald reporter why we were asking and who sent us. He then assured us that the Chicago Department of Streets and Sanitation was a “completely legitimate bidness”.

At press time Symanski was overheard on his radio mentioning to a superior, “that a certain nosy reporter might need to be dealt wit.” When confronted about who he was referring to, Symanski said he would tell me if I met him at DuSable Harbor near the docks at 1 a.m., to which this reporter heartily agreed on account of we had nothing else going on at that time.

This story is developing,