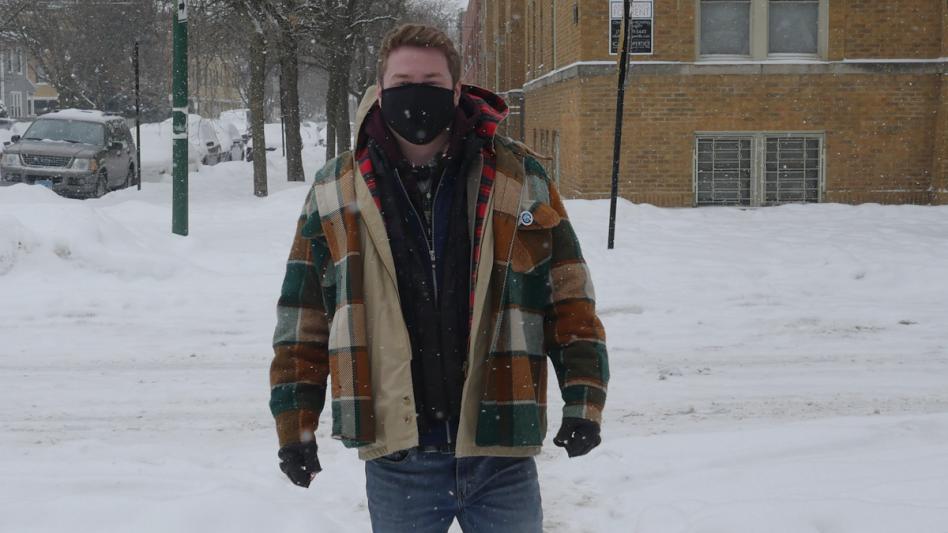 RAVENSWOOD — On account of the extreme cold weather and snowy conditions that have taken hold of the city, Chicago resident Justin Fiocca, 32, left his apartment early Tuesday morning wearing eight light jackets in lieu of a single winter coat that would accomplish the same task.

“I think it’s somewhere in the basement?” said Fiocca, referring to his puffy winter coat he bought explicitly for the harsh Chicago winters. “But it’s scary down there, so I just do what I normally do when the thermometer hits zero. I suit up from The Pile”.

The Pile, a collection of over twenty light winter jackets that Fiocca has collected over years and resides in a precarious heap over a once-visible coat rack, contains garments suitable for every temperature variation.

“My blue windbreaker is for 60-62 degrees. The Chicago Bulls starter jacket is great for 57-59 degrees. My wool pullover is perfect for 55-56.” Justin continued as he trudged down the sidewalk looking like an anthropomorphic Goodwill rack. “But when it gets this cold I just like to put as many as I can fit. I call it getting jacked up.”

Many in the city claim to prefer wearing a number of layers to more easily regulate their temperature as opposed to being locked into one cumbersome winter coat.

“The average Chicagoan will maintain a thick layer of 2-3 light jackets throughout the winter.” said Chigaciologist Mollie Parker, 45, from the Lake Michigan Institute of Midwestern Pathologies. “They will then begin to shed them starting in March until late May, at which point their skin will have slowly relearned how to absorb sunlight.”

At press time Fiocca was seen taking off two jackets claiming he was too hot and then putting them back on because he was too cold. He then proceeded to start wiping the snow off his car using his body.