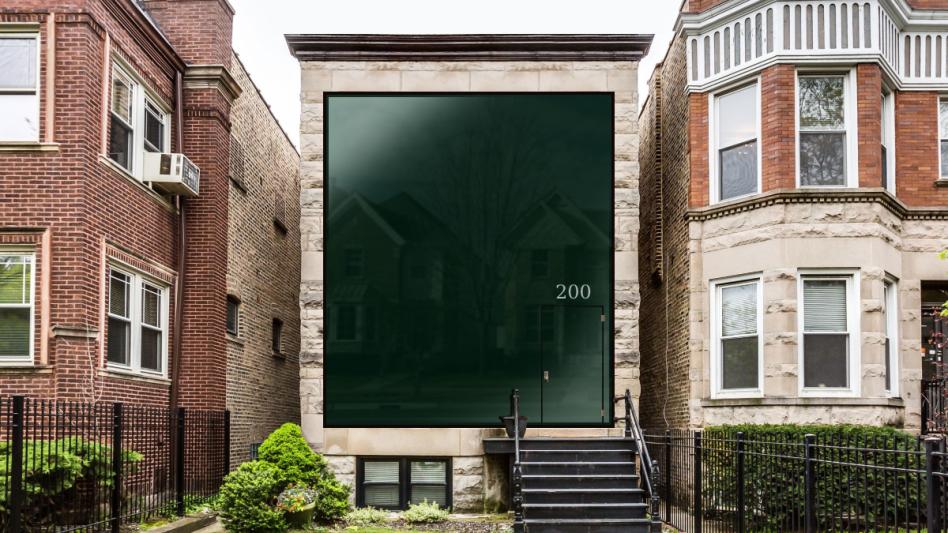 RAVENSWOOD — Over the weekend Platinum Real Estate Group LLC announced their completion of a 3-year rehab of an aging historic greystone on Winchester Avenue, ultimately replacing the entire facade with a single pane of tinted, tempered glass.

“Houses made of stone are so last century. Very ‘vampire-vibes’. So we come in and we just blast that hand-cut limestone out of there. We grind it up and we flush it down the toilet. It’s called building value.”

When asked about the practicality of keeping a large glass frontage like that maintained, Carter reminded this reporter that the house comes with “a bunch of those microfiber wipes they give you when you buy an iPhone.”

Originally purchased for $1.2 million, the rehabbed megalith is currently listed at $2.8 million.

“I’m so excited about owning a John-Wick revival.” said prospective buyer Ansel Patrick, 56, Certified Meeting Professional for Paradigm International. “I think it’s really deep. You come home from work and before you go inside you have to see your own terrifying visage; the hollowness within. It’s very 2020!”

There’s still no word on what the interior of the house looks like. When this Chicago Genius Herald reporter put our hands on the glass to try and see through we only saw black and heard that creepy wailing music from 2001: A Space Odyssey when those monkeys were touching the obelisk so we left.