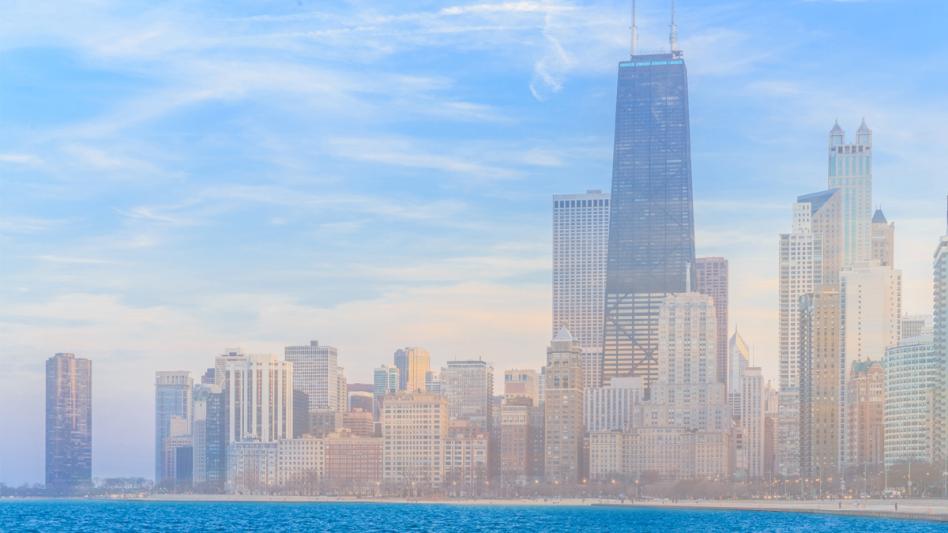 THE LOOP —  In an alarming development from the city’s graphic design office, the entire metro area of Chicago was set to 50% opacity starting at around 8:30 AM Tuesday morning. The resulting haze brought visibility down for all objects in the city, including buildings, flora and fauna, and Chicagoans themselves.

“I can kind of see you’re upset,” License told the semitransparent crowd, “but there’s no reason to worry. I’ll be changing it back on the next draft. It looks terrible over the background layer anyway.”

License further explained that the change was an attempt from the Mayor’s office to “get Chicago out of the national spotlight” after a Chicago police officer was charged in connection to the January 6 riot at the U.S. Capitol in Washington D.C. “We’ve had a lot of bad news come out of Chicago this year, and the Mayor came to us to help the city keep a low profile,” License told the Chicago Genius Herald. “Police shootings, police misbehavior, police misuse of funds, that’s all our job at the Office of Graphic Design to fix,” License added.

Many of the shades gathered in the plaza wondered what next was in store after their alpha level had been returned to normal. “I actually really value my contrast level,” said Avondale resident Bill Trisaeclisenex, “so I hope they don’t tune that down.” Other city residents expressed concern that a hue or brightness adjustment “wouldn’t go with my aesthetic.”

The Office of Graphic Design assures Chicagoans in a nicely formatted notice on their website that the city will be given more notice before the next draft, assuming “our clients in the Mayor’s office respond to their emails in time.” The notice also suggests that the second draft likely would involve a minor color temperature adjustment.

As the change was reversed late Wednesday afternoon, disgruntled members of the Chicago community still not fully opaque from the previous morning were found scowling at Lake Michigan, itself only mostly visible. “Oh sure, adjust the color temperature,” said Laura Veers, 40, enjoying an already red-shifted Pepsi at Oak Street Beach. “Like we don’t already have problems with white balance.”