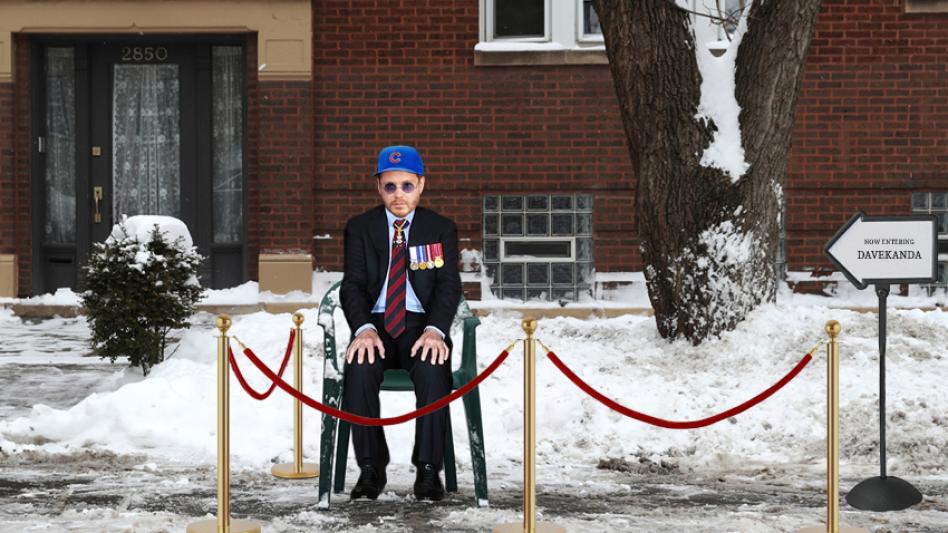 NORTH CENTER - Raising its flag on a makeshift flagpole over a barricade of folding chairs, a recently snow-cleared “dibbed” spot in Chicago’s North Center neighborhood was declared a sovereign nation. “He did dig out the spot all by himself and put down some chairs,” said UN representative Abdul Majadeen of the formal declaration of nationhood by Davekanda, “so the land is his. By right.”

Dave Hillger, the self-appointed emperor and sole resident of Davekanda, has already issued dire warnings to any that might encroach on his nation’s soil. “Justice will be swift and unmerciful for outsiders who dare cross the bounds of these two folding chairs,” Emperor Dave declared from the rolled down window of his 2012 Honda Civic before departing on a rare excursion into the United States to import food from America’s Taco Bell restaurant franchise.

Davekanda, named for a portmanteau of its sovereign king and a country from his favorite movie, Black Panther, has been hostile to any and all outside influence. The recognition by the UN council is perhaps the first step to bring this tiny nation onto the world stage, but global human rights watchdogs are wary of the country’s human rights record.

“Davekanda has shown no interest in weighing in on the issues of that face our global community, and only seems interested in protecting its approximately three meter by two meter border from foreign influence,” said Dr. Gregor Wenten of Amnesty International. “There’s never been any indication if they plan on letting in outsiders come Summer time, or if they’ll continue to escalate tensions between them and their neighboring nation: The United Spots of Tim and Vivian.”

As of press time, Davekanda had chased away a minivan driven by an American mother with her two kids with a barrage of snowballs and hurled expletives. The UN has been unable to reach Emperor Dave for comment on yesterday’s attack, but insiders close to the Davekandan regime say  “his cell’s been weird.”