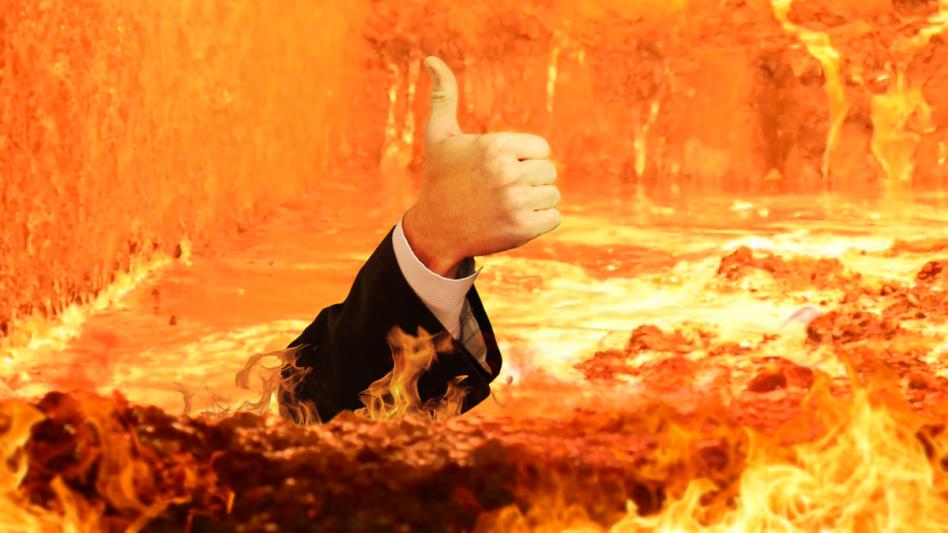 As news broke this week that Midwestern rental video chain Family Video is closing its doors after 42 years in business, many Chicagoans lamented the death of the last remainder of a bygone era of “the kind rewind.” Amidst the story of this suburban Chicago tradition’s dying days, the Chicago Genius Herald has uncovered a story of tragic heroism: as the last locations of Family Video close, CEO Keith Hoogland, 60, has melted down all of their DVD cases and perished bravely in the molten plastic mess.

The son of Family Video founder Charles Hoogland, who passed away in June 2020, Keith Hoogland once confidently forecasted a long future for the chain, despite taking over the company during the COVID-19 pandemic. In the months since, low foot traffic and a dearth of Hollywood releases caused the already-beleaguered rental industry to entirely collapse. According to a Genius Herald source, last night the younger Hoogland took drastic measures to ensure that other, evil, family-run video operations couldn’t reverse-engineer Family Video’s surprising success, melting himself down along with the last of the company’s DVD inventory.

This morning a vigil was held outside the Family Video headquarters in Glenview, where movie fans gathered to mourn the loss of a company and an entrepreneur dear to their hearts. “I’m heartbroken that he felt he had to go this way, but he was always thinking of the future,” said his wife Susan, 57. “Specifically, he was so worried about time travelers.”

Not everyone at the vigil shared the Hoogland family’s somber tone, however; a Family Video fan at the vigil, who asked to remain anonymous, expressed relief that he might be able to come out of hiding in the next months. “I’ve been on the lam from their late fees for decades,” said the individual, who was wearing a thick balaclava. “Keith never gave up pursuing me...I don’t have to live in fear anymore.”

Regardless of Hoogland’s merciless pursuit of customers delinquent on their rentals, his last act was nothing if not heroic. Our source reports that after begging Hoogland to spare himself, Hoogland wiped a tear from their eye and fondly wished he could cry before lowering himself with a nearby chain into the waiting red-hot morass of old copies of No Country For Old Men and Gnomeo and Juliet. In his last moments alive, Hoogland extended a fist upwards and delivered a triumphant thumbs up to a nonexistent camera crew.