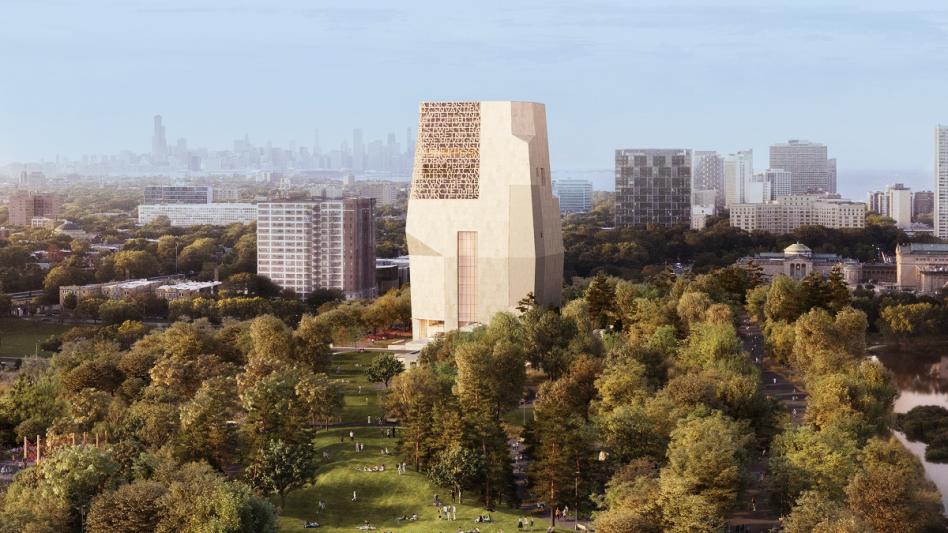 JACKSON PARK — Okay, David Korresh alert! Sources are reporting that a former Chicago resident is so obsessed with reminding everyone he’s from the city that he’s building an entire center on the South Side.

According to locals in the Jackson Park area, Barack Obama, 59, a failed community organizer and autofiction book author who hasn’t lived in Chicago or even Illinois since 2005, is throwing some serious cash around to build the Barack Obama Presidential Center near the University of Chicago campus.

“What we tend to see in cases like this,” explained Dr. Emile Rosenstern, 47, a psychiatrist at Adler University who specializes in analyzing and treating post-Chicago depression, “is that people who move away from the city because they think they’re on the cusp of something greater tend to come crashing back to Earth when they realize they were even pretty mediocre by Chicago standards, and everyone around them was just too polite to let them know this was the case.”

“This can manifest in a number of ways,” Dr. Rosenstern said, “from posting about how much you miss some hole-in-the-wall bar in Logan in your private Comedians of Chicago Facebook group to—in some extreme cases—moving back to Ravenswood with your tail tucked between your legs and not telling anyone you did until enough people see you walking down Lincoln Ave. that you basically have to admit to it.”

“But dropping $500 million on a big building with your name on it just to remind everyone you lived in Hyde Park in the 80s? That’s a new one,” Rosenstern concluded.

“It’s just sad to see,” concluded Jackson Park resident Lilah Rakes, 34. “You moved, dude—to D.C., I might add. So just let it go! No one’s impressed that you worked here for a couple of summers.”

Others in the city aren’t even sure why Mr. Obama wants to build something in Chicago in the first place.

“I mean I’m not gonna tell him he can’t, I guess,” Ald. Leslie A. Hairston of the 5th Ward said. “It just seems kind of strange. He’s a podcaster or something, right? Or like, he works for Netflix? One of those made-up jobs for people who don’t have any skills. Anyway, I’ve never heard of him so I guess he didn’t make much of an impression.”