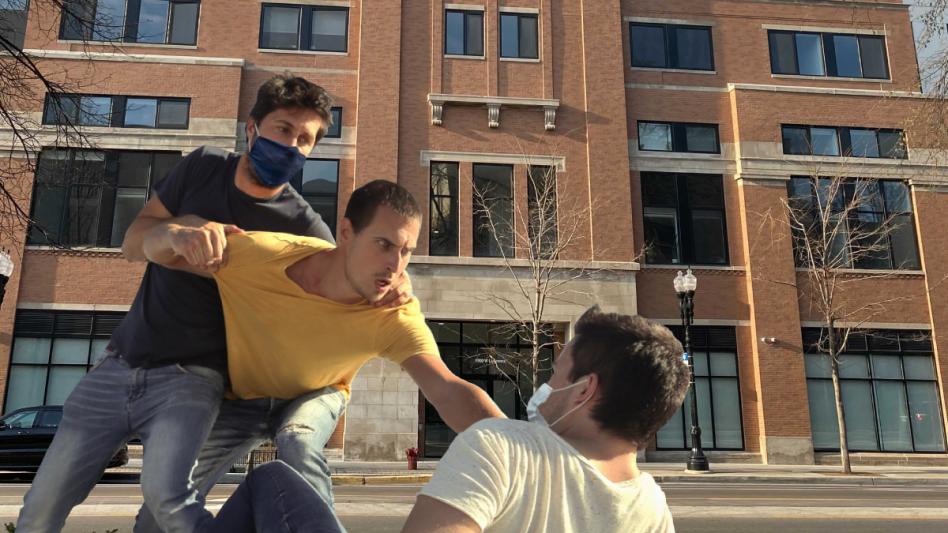 RAVENSWOOD — Although the first residents of the $40 million redevelopment are moving in starting next month, Ravenswood locals are expressing concern at the sheer amount of metaphorical potential a $4,000 loft-style townhome situated above a DeVry University housed in the gutted remains of a Sears department store exudes, stating that it could cause unwanted neighborhood elements to assume developers put any amount of thought into thematic underpinnings of what they build.

“There’s a lot of charged particles coming into play here,” explained 47th Ward Alderman Matt Martin. “You’ve got a fallen symbol of mid-century of American prosperity, a predatory online college, slapdash construction, and that ever-ugly bugaboo ‘gentrification’ all combining into one building that people walk past all the time.”

“We’re hoping for the best,” he added, “but the unintentional imagery is really going to cause a lot of agitation, especially once the apartments are occupied.”

“Well no one else will say it but I will,” said Rosie Van Orman, 78, a lifelong resident of the neighborhood. “It’s those damned lit majors who we’re worried about. Once they get a whiff of how charged with meaning the idea of an old Sears being turned into expensive, hastily designed and cheaply constructed housing with a for-profit university that disenfranchises the people that enroll in it is, that’s going to be it!”

“They’ll come crawling out of the university libraries from Evanston to Lincoln Park trying to figure out who can interpret this the best,” she continued. “and they’re going to do it in blood. Mark my words.”

Unfortunately for the residents of this sleepy ward, it seems like Van Orman’s prognostications may already be coming to pass. Although there’s still over a week before anyone moves in, eyewitnesses have reported multiple brawls on the 1900 block of Lawrence Avenue between students of literature, with some spilling out into the street and holding up traffic.

“I was walking to Mariano’s around 5 or so,” recalled Wesley Bont, 34, “when all of a sudden I saw this pencil-necked geek running around and gesticulating wildly at the old Sears, saying ‘this is a perfect depiction on how the Middle Class has become hollowed out to benefit the super rich who never needed it!’

“And then,” he added, “out of nowhere some girl with her hair up in a bun wearing one of those tweed jackets tackles this guy into the bike lane and starts whaling on him big time, saying ‘no you twit, this is a metacommentary on how the American Dream has always relied on the lie of upward mobility to keep the ruling class fat and happy even as they cannibalize everything that could benefit those below them.’”

CA Ventures, the developer, however, maintains this is in no way an intentional decision.

“Oh my god,” said Eren Froste, 27, a spokesperson for the developer. “We put the expensive townhomes in the...and it used to be a department sto...and then we let the DeVry move in...but no one who lives in the apartments would take classes at DeVry...holy shit, wow. We could not have planned that worse.”

“Hey Mike,” Froste added, shouting to a coworker in another part of the office. “Get in here! You’re never gonna believe what we did!”