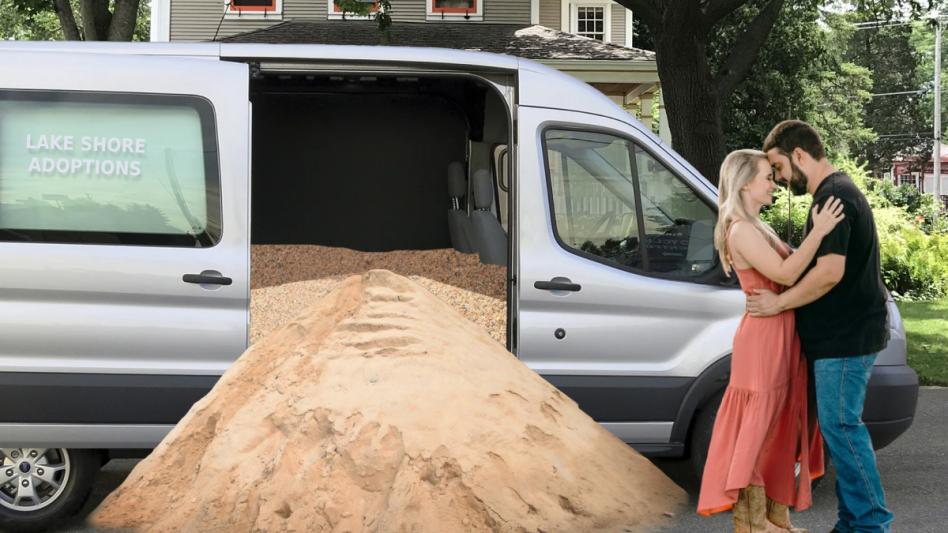 LINCOLN PARK — In an exciting and long-awaited development on the lakeshore, Foster Beach has finally been adopted by a loving family.

“You hope and you hope for these things to happen, but so often it doesn’t work out,” said beach volunteer Cameron Polento, 34, outside the circuit court Wednesday. “Especially with older beaches, those don’t tend to get a lot of love. People come in asking for the shiny new beach, leaving older ones like this one here unnoticed. But there was a happy ending today, and we’re here to celebrate that.”

The beach, which has been housed in numerous homes over the years without settling, is used to the up-and-down nature of the foster system. “You never let yourself hope it’s going to happen, because you’ve been disappointed so many times,” said the beach, fully packed and kenneled for the drive to its new home. “I had a really good feeling about this family, though, and I’m so happy it worked out.”

The family taking the beach in, the Littles, said that the past year had exposed them to a hole in their lives.

“It took us being home all the time to make us realize just how much we wanted a little guy around putting sand in the sheets and shells in the sockets,” said Mr. Little, 42. “We’d always been too busy to make time for a new arrival, but all of the sudden both of us were craving a beach to take on walks and out to the beach park—we knew it was time to get serious about shore adoption options.” After careful vetting by the lakefront’s handlers, the paperwork was signed and the beach was ready to move in with its new owners.

“I’ve never spent much time in the suburbs,” said the beach, expelling small freshwater tide pools over the backseat of the Little’s mini van. “I hope they like beaches like me out there.” Before the big move, Polento helped the beach pack up its favorite bike racks and ice cream carts to make its new settings feel more familiar.

The beach, used to communal living and playtime with other lakefront areas in the shelter, admitted that it will miss some of the camaraderie of shelter life. “But on the other hand,” the beach added, ready to walk into its new life sand-first, “It’ll be nice not to be kept up all night by the birds in the Montrose Sanctuary the next room over.”