Foxtrot Employee Still Not Sure What Foxtrot Sells, Exactly 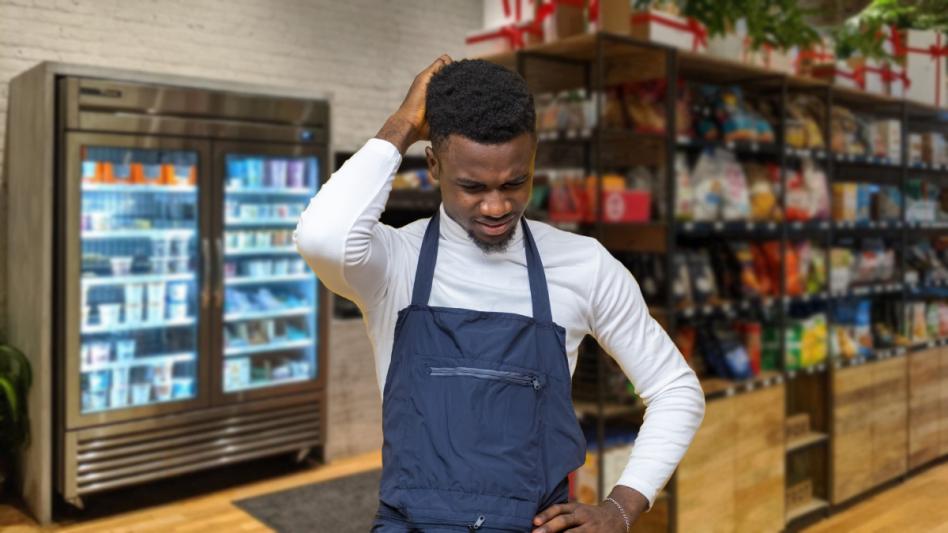 LINCOLN PARK — Despite having worked at the upscale sundries purveyor for almost three years now, sources are reporting that Foxtrot employee Darrel Hammond, 28, still isn’t exactly sure what the store sells.

“What do we sell? Hah...uh, that’s…easy,” a visibly perplexed Hammond said. “We do like a…upscale...bodega...thing...but like if all you needed was an oat-based yogurt substitute and organic, chocolate-flavored almond butter.”

“We got chips and stuff too,” he added, shuffling around behind the counter. “That’s good, right? Except oh! This trail mix is like $8 a bag, probably not going to be buying that too often when you got the munchies haha. So maybe bodega’s not right.”

“Gimme a sec,” the flummoxed clerk said, “I got this.”

“Oh wait,” Hammond said, gesturing at the display for a $75 suite of multivitamins labeled Moon Juice, “that’s right. We’re like a pharmacy, I think. We sell this stuff...but...oh wow, this one’s called ‘Sex Dust,’ not sure we should be advertising that one. So maybe not but uhhh...we have...CBD? That’s medicinal, right?”

“I mean this is like a pretty rich area, so most people get their stuff delivered,” he admitted. “I’m just kind of here to make sure people know where the entrance to the Jeni’s Splendid Ice Creams is, since it’s attached. That and making sure local kids don’t come in here and shoplift the meat and cheese platters we got.”

“Hey! Meat and cheese platters! Maybe that’s it!” Hammond said. “We’re like a DIY catering business for when you gotta entertain your boss, and they’re all like ‘there’s not gonna be any funny business, is there Hammond,’ and you’re all like ‘no sir, Mr. Peterson sir, everything will be above board, completely normal evening, we’ll all be wearing tuxedos and eating fish heads or whatever,’ and then you gotta convince your roommates to pretend to be caterers even though they’ve never done that a day in their lives. Or something?”

Hammond then vacillated on this answer multiple times, until finally arriving at one that he felt best reflected the store’s ethos when a reporter for The Chicago Genius Herald asked him about the price of a one-hitter called “The Charlotte Pipe.”

“I mean well that’s obviously a crack pipe,” Hammond admitted. “That’s...clearly what that is so I guess Foxtrot sells drugs. We’re a drug place—final answer.”