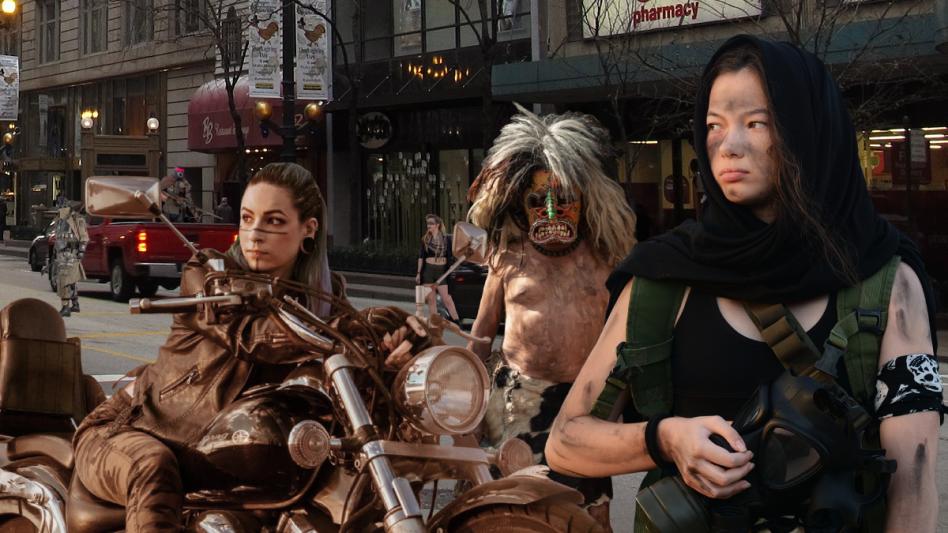 WEST LOOP — Local sandwich spot and health food boutique The Goddess and Grocer has announced plans to add another location of their storefront in the rapidly gentrifying West Loop this summer. This will be the fifth location of the decades-old Chicago brand, but the first that will have to contend with its prospective neighborhood’s bone-deep history of apostasy in the face of demiurges, deities and the like, both old and new.

“We’re aware this represents a challenge for The Goddess and Grocer brand,” admitted G&G head of marketing Thelouise Yamari, 34. “But people said we’d never implant the heart of a Goddess in River North, and they said the same about O’Hare.”

“We’re confident that even if a California Dreaming sandwich with turkey and avocado can’t fully fix the West Loop’s inherent godlessness, it can at least shave off some of the rough edges,” she added.

According to reporters for The Chicago Genius Herald embedded in the West Loop, The Goddess may have her work cut out for her, however.

“This GODdess thinks she can come to the WEST LOOP unBIDDEN and unWELCOMED,” Cannibal Hellmouth, 27, a stockbroker for Morningstar bellowed to a teeming mass of heretics, schismatics and recusants who have made the former meatpacking hub their home. “We, who have so thoroughly defeated the Old Gods of Chicago—its “Bean,” its endless and ever-weaking preponderance of Daleys—that they constructed I-90/I-94 so as to halt OUR advance to Lake Michigan? What do we say to that?”

“Death to the false gods of Chicago!” shrieked the crowd, “The flesh is the flesh! None will be saved! All will be rot!”

Although the neighborhood appears to be operating from a position of strength in regards to its resistance of The Goddess and Grocer, some Chicago historians have reason to believe the chain may succeed.

“There’s already a Jeni’s in the West Loop,” argued UIC Professor Landon L. Langstrom, 55. “All they had to do was make a couple buckets of ‘Godless Gooseberry and Elderflower Ripple’ and it was a-okay, so there’s no reason to suspect a Goddess and Grocer coming into the neighborhood will be any different.”

“I’m absolutely not enthused about the Goddess portion of The Goddess and Grocer,” Shriek Nightgaunt, 33, a West Loop resident told Genius Herald reporters. “I want to state that emphatically for the record.”

“That said, the grocer portion?” she continued, looking around to make sure no one else could hear her. “That seems pretty all right. We live in a huge food desert and getting takeout from Stephanie Izzard restaurants every night is absolutely killing my wallet.”