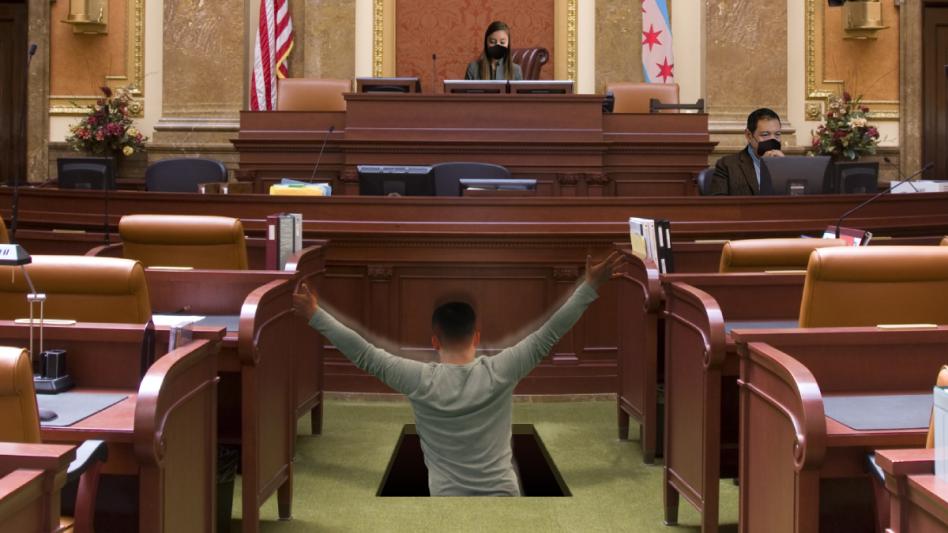 ILLINOIS — With Governor J.B. Pritzker signing the bill into law last week, Illinois officially became the first state to eliminate cash bail. Long accused of favoring wealthy defendants and disportionately punishing the poor and minorities, cash bail has nonetheless been defended as essential for keeping high-risk offenders off the street while they await trial. In an effort to appease both proponents and critics, the signed law will replace cash bail with three riddles and a trap-filled labyrinth in lieu of the cash payment.

“Look, we can’t just let people go free while they await trial without something in return,” said Paul DeMatoteo, 55, a prosecutor. “That would disrupt the transactional nature that pervades every aspect of American society! We can’t just let people out of jail for non-violent crime without giving them at least one hoop to jump through. Or in this case four hoops.”

The new practice as laid out in the signed law will require non-violent offenders cleared for bail to stand before a large statue of Gov Pritzker with glowing eyes and answer his riddles three before being dropped through a trapdoor into one of several trap-fill mazes currently being constructed under county courthouses around the state. Failure to answer the riddles correctly or navigate the maze and escape will result in jail time and possible death for the accused, depending on how they dodge the traps.

Many of the same critics of cash bail have also voiced concerns that making the accused answer riddles and navigate mazes is just as unfair as the previous model, only in this case favoring those who are good at riddles and adept at dungeoneering.

“Most people that will be affected by this new law are not hardened criminals,” said Cynthia Tou, 38, a policy advisor with the Illinois Justice Project. “They are first time offenders who have never been forced to answer one, let alone three, riddles under duress and they’ve certainly never learned how to disarm a pressure plate to keep poison darts from shooting out of the wall as they navigate a maze. As always, this law will favor wealthy defendants who were able to learn all about riddles and mazes in their private schools.”

Still others have argued that the new method of bail will further hurt the state’s already suffering finances.

“What’s wrong with making people pay to not have to live in prison before they’re even convicted?” said DeMatoteo. “If you can’t pay for the crime, don’t get accused of the crime. I personally think that requiring people to answer riddles and run around a maze is pointless unless we require them to delve deep enough to bring back treasure, or a minotaur horn, or a magic sword. It’s not going to fix the budget, but these bleeding hearts need to meet us halfway.”

Charles Bell, 22, who was arrested for driving intoxicated and possession of an illegal firearm this Saturday, will be the first Illinois citizen to face the riddles three and try to escape the maze this week in Cook County. He’s reportedly been studying up on riddles on the library computer and has boasted that “if they give [him] the three legged old man one, [he’s] got this.”