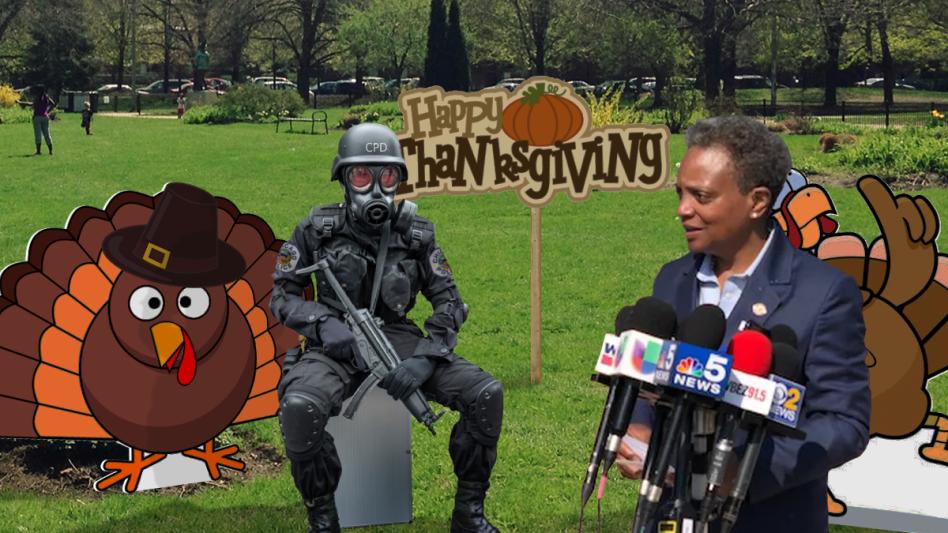 CITY HALL — Breaking with a traditional political ritual of pardoning a turkey on Thanksgiving, Mayor Lightfoot is setting herself down a new path this year by instead pardoning the Chicago Police Department of all misconduct charges.

“It’s the season of expressing gratitude and thanks, and who deserves our thanks more than the cops, which we know to be historically and consistently ethical and good,” said Lightfoot, grimacing in an attempt at an effortless smile. “The turkey? I don’t care for turkeys, and frankly I don’t think they reflect who we are as a city. Why waste a pardon on a bird when you could give it to a department that regularly pays over $100 million a year in misconduct lawsuits. That makes much more sense to me.”

“What a pardon would mean to me…” mused Police Officer Jared Petrochi, 32. “Not a whole lot, actually. We’re pretty insulated from that kind of thing by the department. But hey, maybe the superintendent would appreciate it.”

Despite critiques from turkey lovers and anti-police advocates, as well as ambivalence from within the CPD itself, Lightfoot remains adamant about her holiday plans. “All the Chicagoans I’ve talked to love this idea, and I’m not going to let them down,” she said, referring to her assistant. “Reallocating this pardon is non-negotiable and to suggest otherwise is ludicrous.”