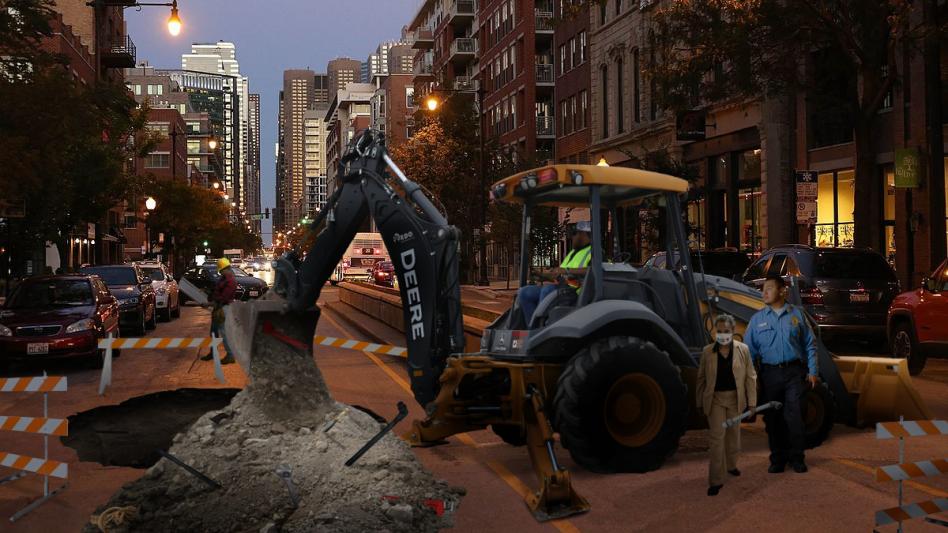 CITY HALL—Taking action regarding Chicago’s large amount of outdated and toxic pipes, Mayor Lightfoot and the Department of Water Management announced Tuesday a plan to slowly remove all lead pipes—and while they’re down there, all of the revolvers, candlesticks, ropes, daggers, and wrenches.

“Obviously this is a situation where we’re dealing with decades of neglect and malpractice,” said Lightfoot at a press conference at City Hall. “But it’s time to get started on a process that will no doubt be long and require much of our workers and citizen sleuths.”

Professor Plumbing, a Department of Water Management Official, highlighted the difficulties a mass excavation of 50s-era weaponry from Chicago streets would cause. “We’re talking hundreds of man hours digging up thousands of miles of murder instruments. And then there’s no telling what condition they might be in, after years in the ground. We’re talking half-disintegrated rope, rusted candlesticks...it’s a logistical nightmare.”

“Well it’s taken them long enough,” said longtime Chicago resident Parker Brothers, 71. “Culprits have been hiding these dangerous items anywhere there’s room for my whole life. And Daley downplayed it and of course city officials are always playing their cards close to the chest, or hidden in a little envelope marked “confidential”. It’s a mystery to me why Chicago has such little regard for the livelihoods of its residents.”

The buried weapons, each of which could be used to murder a person either from short or long-term exposure, whether in a billiards room, a conservatory, or even elsewhere, have long sowed seeds of discontent. “I found a wrench in my garden when I was nine,” said Brothers. “Do you know the psychological toll it takes on a child when they find a wrench in their garden? It took me years of therapy to even scrape the surface on that one.”

Other residents were more focused on a specific murder instrument. “Yeah, I’m more focused on the lead pipes,” said Chicagoan Amy Simons, 54. “I found one in my kitchen. And dining room. And lounge. It’s an epidemic.”

Mayor Lightfoot has been slow to lay direct blame for the years of ignoring the problem, reportedly saying, “We’re going to have to wait to get the items before we make any accusations. This isn’t a game.”