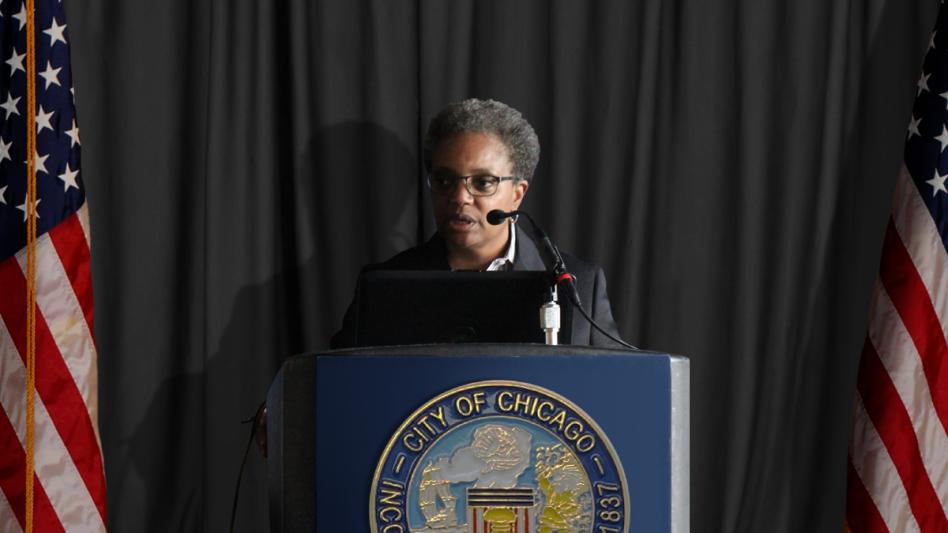 THE LOOP — At a press conference Monday, Mayor Lightfoot strongly cautioned that she wouldn’t hesitate to reinstate Phase 3 restrictions if Chicagoans didn’t stop crowding into establishments that she opened so that people would go to them.

“Look, I know we’ve moved to Phase 4 and indoor dining and hanging out in bars are allowed,” said Mayor Lightfoot, “but I can’t stress enough how disappointed I am that you’re actually doing it.”

With hospitalizations and cases on course to eclipse past records, Mayor Lightfoot has set out to correct the mistakes of whoever decided the city was ready to move forward with easing Covid-19 restrictions. This figure, who Mayor Lightfoot repeatedly referred to in the press conference as “someone named ‘Lori,’” is both responsible for and also not that involved with the decision that led to this sudden rise in cases.

“Look, Lori definitely fucked up, but honestly a lot of people were yelling at her about opening businesses back up to full capacity so it’s pretty easy to understand how she could have just said ‘fine, four, whatever,” said Mayor Lightfoot. “Maybe we shouldn’t focus on Lori, whoever that is, and instead talk about how you all decided to do the things you were told you were allowed to do, ok?”

“I guess it is my fault, if you put it that way,” said Dennis Everson, 28, a cashier, “I was excited to go out and get a beer and eat with my friends. I should have known that I wasn’t supposed to do the thing I was told I could do.”

Ending the press conference, Lightfoot was clear, “I don't know how to explain this anymore plainly: you shouldn't have listened to your government telling you it was okay to visit establishments that we opened so that you would patronize them. That was wrong. And now we're going to go back to Phase 3, not because everything wasn't fine for Phase 4, but because you should have known better than thinking Phase 4 was a good idea even though the decision wasn't yours to make.”