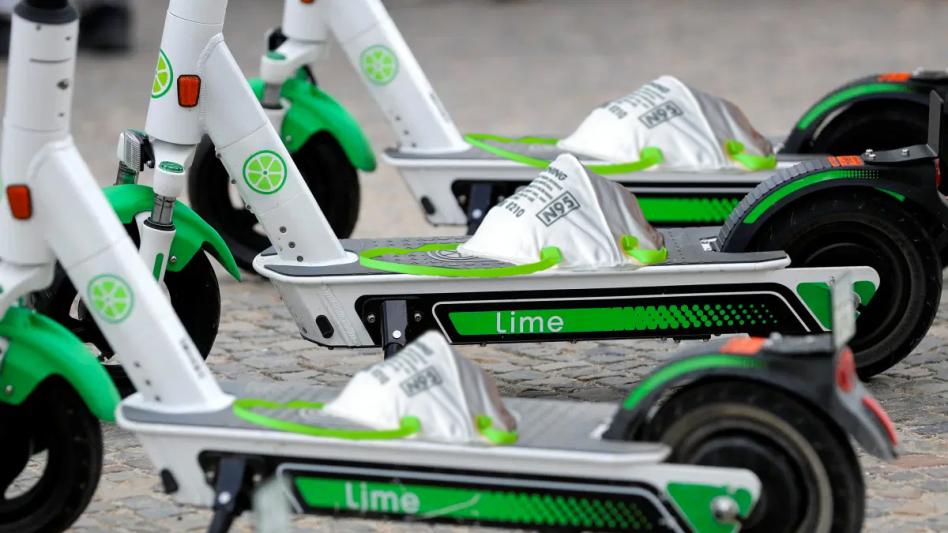 NOBLE SQUARE — Micromobility startup Lime at a press event Tuesday announced the launch of Lime Mask, a response to the lack of personal protective equipment on Chicago’s streets. The pilot program gives Chicagoans the option to rent any one of the 10,000 reusable face masks that Lime has left just sort of lying around the city.

“Chicagoans need N95 certified face masks, and they need them yesterday,” said Ed Beaumont, 54, Director of Lime’s Department of Disease Control. “At Lime, we envision a world where owning a personal mask becomes a thing of the past, and accessing filtered air can be as easy as grabbing one of those rideshare scooters you pass on your daily commute, piled up in a Target parking lot, in an alley, or at the bottom of the Chicago River with the fossils of George Streeter.”

The masks are as intuitive and easy to use as Lime’s scooters: just confirm that the equipment is owned by Lime, download the Lime app, connect a payment method, unlock the mask with a scan of its QR code, and you’re ready to start breathing. The easiest part of the rental is ending it; Beaumont recommends users simply “drop the mask wherever,” or “pass it on to a friend with your referral code, so they can try out Lime Mask at a discount.”

But some Chicagoans have doubts about the feasibility of Lime’s ambitious program.

“How does Lime plan to keep this thing profitable with 10,000 units in the city?” questions Frederick Maypole, 56, an economist at the Pennybags Institute. “If they’re serious, they need to double the users per device.”

Others worry that the masks contribute to a culture of hypersensitivity. “It sounds dumb,” said Kevin Lodewyk, 22, a student in Hyde Park. “I don’t want to wear a mask. Lime should make an app where you can rent not having to wear a mask.”

Despite these controversies, Lime is rolling out their program on schedule, distributing dockless rental masks to Chicago’s airports, restaurants, and streets. At press time, the company is reportedly planning Lime Mask launches in a number of smaller markets such as Tuscaloosa, Alabama, where residents will share a single mask.