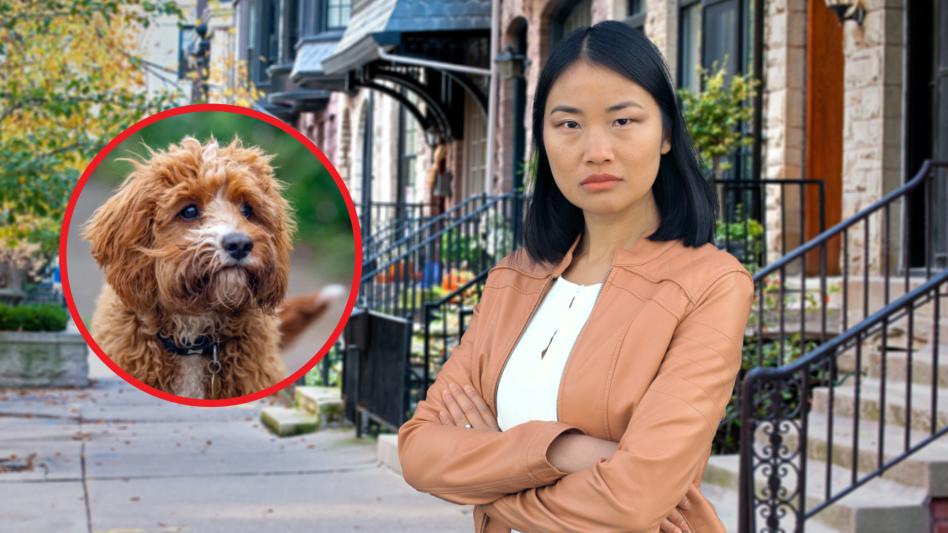 “Everyone in this neighborhood has a freaking poodle-mix,” Peterson lamented to our senior writer, who, after this interview, is seriously considering taking her mom’s advice to go back to law school. “They’re like … the Ugg boots of dogs. I feel like I’m living in a Groundhog Day situation whenever I step outside, especially if I’m walking down Armitage, right past the Bonobos. They look like downmarket versions of KFC fried chicken value meals, they’re genetic monstrosities, and I want to cross myself whenever one crosses my path.”

We asked Peterson what type of dog she would rather have in her Pottery Barn-esque urban utopia. “Whatever happened to Dalmations? Basset hounds? Border Collies? I'd even settle for a 2010-era Corgi resurgence. The crusty eye bags of these ‘oodle’ dogs could power Goop serums for millennia to come.”

Our on-scene reporter quickly flipped her phone face-down on the table so Peterson wouldn’t go into a rage seeing her lock-screen image of her parents' Cavapoo, Mr. Twinkles. Thankfully she didn’t see, due to the raging fire inside her eyes that was burning at the mere mention of a dog breed that has been admittedly as overexposed as the filters on your Instagram photos in 2013.

As many righteous and unnecessarily angry people before her, Peterson has started to get political with the topic. “It’s the new Nuclear Family,” she frothed. “Two parents, two kids, and a poorly trained and strangely human-eyed poodle mix. If I were President, I would make it a law that all golden retrievers and poodles need to be kept far, far away from each other. No funny business allowed. Chastity belts all around!”

Before things got much, much more graphic, we thanked Peterson for her time, and attempted to leave, still clutching onto a portion of journalistic integrity. Then she lobbed one last frenzied question our way.

“What does the ‘D’ in doodle even stand for,” she shouted/queried as we ran away. “Dog?”