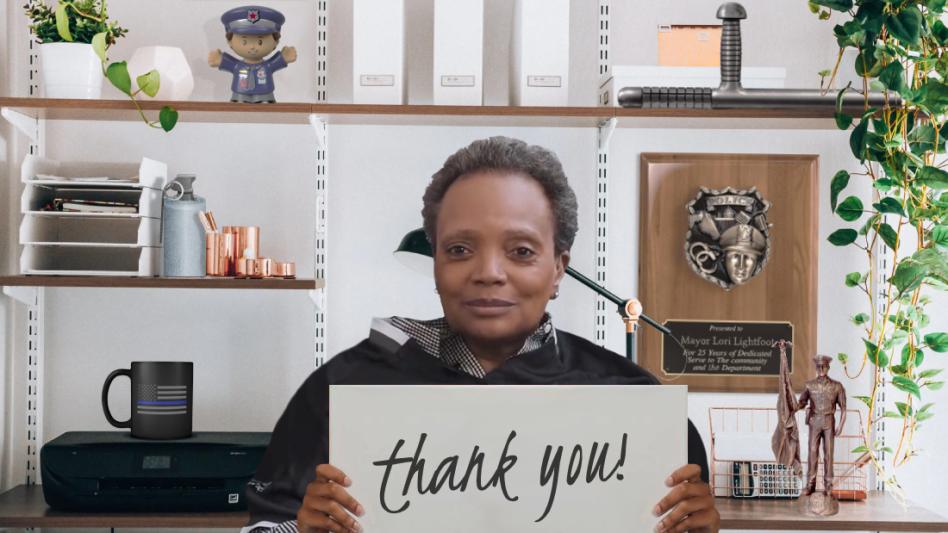 LOGAN SQUARE—From her A-Frame home in Logan Square, Mayor Lori Lightfoot issued a heartfelt address today thanking all protestors in the past few weeks who did not take to the streets, make signs addressing police brutality and the prison industrial complex, or call her office to demand any changes to Chicago institutions.

“Protesting is American,” said Mayor Lightfoot, “But it is critical that Chicagoans do it in a way that does not disrupt business or make anyone feel uncomfortable. So when I see folks try to take advantage of a tragic situation by expressing their anger in a tangible way, that is simply unacceptable.”

“I believe that looting a FootLocker distracts from the important issues at hand,” Lightfoot went on, shuffling papers. “Which is why I am once again bringing up looting. Why would you do that? Seriously, why? Explain to me why.” Dismissing arguments that looting and destruction of property are rational reactions to a capitalist system that withholds resources from communities of color, she retorted “I don’t think so.”

Citing successful peaceful protests such as the time her wife iced her out until she got to hold a police beretta, Lightfoot harshly criticized protestors who were vocally anti-police. “I commend our police officers for showing a lot of restraint the past few weeks,” she said, clicking through a powerpoint of cops beating protestors with batons. “In a less-controlled department, all those batons would have spikes on them, and maybe the spikes would be dipped in a rare poison. But no, the CPD here has limited themselves to riot gear, mass arrests, and regular old brutality. I believe that reflects well on a historically great department in a city historically great at not being racist.”

Ending her address with a moment of silence for all officers who had to stand up for more than an hour in the line of duty in the past few weeks, Lightfoot reiterated her praise for those exercising tolerance. “If there’s one thing I know,” said the former president of the Chicago Police Board, “It’s that everyone should be staying home and keeping quiet. Except if you want to go enjoy a patio dinner. It’s okay to do that.”