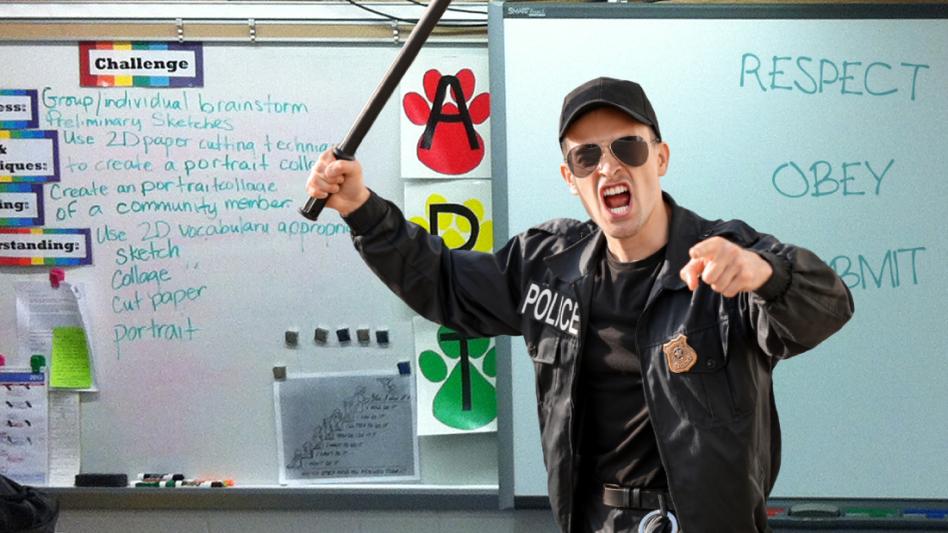 CITY HALL — The City Council held a budgetary meeting Monday to discuss 2021 funding for Chicago Public Schools. The head of the School Board, Kathy Better, opened the meeting by stating, “We’re open to suggestions from everyone except communities deeply affected by school closures!” The President of the Chicago Fraternal Order of Police, Jim Catamaran, then spoke up to recommend replacing all CPS teachers with cops.

“Everyone complains all the time about schools being underfunded,” Catamaran said. “You know what department has never been underfunded? The freakin’ police! If you surrender your schools to us, I guarantee we’ll have a tank in every school parking lot by 2021.”

Catamaran then outlined several suggested curriculum changes, including bringing back the D.A.R.E. program, replacing history classes with true crime documentaries and episodes of Cops, as well as a physical education section entitled “How To Lick The Boot 101”. When asked to comment on the proven failure of the D.A.R.E. program, he stated, “The problem with D.A.R.E. is that it didn’t go hard enough. Our plan is to double dog D.A.R.E. We plan to have undercover cops dress as teens, 21 Jump Street-style, and any kid that even toys with the idea of doing drugs will be tackled to the ground and frisked by Daren the Lion.”

Another part of the FOP’s proposal calls for major school renovations. According to one representative, Mervin Johnson, 35, they plan to turn teacher’s lounges into fully operational Dunkin’ Donuts and, more troublingly, detention rooms into functioning holding cells. “We will have a three strikes policy when it comes to discipline in the classroom. On the third strike, the kids go straight to jail.”

When confronted with the question of what, if any, educational experience police officers have that would qualify them to teach children, Catamaran replied, “In my experience, kids don’t go to school to learn. They go to school to make friends and take their aggression out on each other by playing sports! Most of our officers have already volunteered to coach wrestling.” When asked about arts programs, he made a fart sound with his hands.

The City Council is set to vote on this issue in the dead of night at an undisclosed location sometime next week.