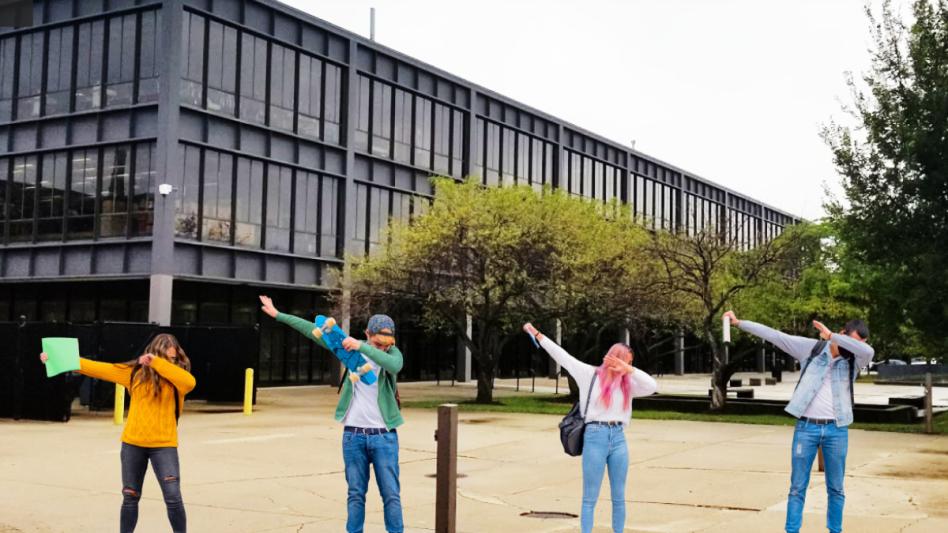 CHICAGO — With reopening and vaccination distribution well under way, Chicago Public Schools are preparing for a return to in-person education across all grades of education. In a recently announced and truly disappointing decision for the city, CPS has said that in-person education would return for high school students on April 19th. Many have been quick to point out that the high schools could, and should ,remain closed for one more day, because reopening on “4/20’” would be hilarious.

“We understand that it would be funnier to reopen on 4/20,” said CPS Superintendent Janice Jackson in a press conference Friday, “but we can’t hold back our reopening plans because it would be funny. Please stop high-fiving each other every time I say ‘4/20.’”

April 20th, which falls on a Tuesday this year, has increasingly become a sort of “meme” holiday for stoners and high school kids who’ve never been high in their lives, due to the “4/20” in its date. “4/20,” the “weed number,” has gained popularity in online culture over the last decade, and is sure to get at least a chuckle when mentioned.

“Going back to high school on 4/20 is inherently funnier than going back on 4/19,” said Bill Williamham, 69, a professor of American Humor at Columbia College. “Some numbers and words have gained such comedy value that to have an opportunity to reopen after a year plus of remote learning on 4/20 and not take it is frankly unthinkable. Do you think I hesitated in posting ‘nice’ on social media when I turned 69? Of course not! That’s the oral sex number and you only turn it once!”

“I just spent almost a full school year trying to get teenagers to pay attention to me on Zoom calls,” said Darren Piselan, 47, a high school English teacher, “I fully support the decision to reopen on the 19th. If we reopen on 4/20, it’ll make the kids too powerful. I can’t teach with every student miming taking fat bong rips and spliffin’ a loud joint, and let me tell you, that’s exactly what they’ll do. I hate them so much.”

While it seems unlikely that CPS will reverse their decision, students and cool adults alike remain hopeful that the CPS will see the error of their ways. Several student-led petitions have reportedly been circling online, hoping to pressure CPS to move the reopening date to 4/20 and for a 10th grade English teacher at Juarez High School to officially change his name to “Mr. Pissman.”

“We know everyone wants to reopen on 4/20,” said Superintendent Jackson, “but we all need to grow up, stop giggling, and get back to work. Again, please, all of you, I’m begging you to stop giggling and fake coughing like you just smoked cannabis! You are supposed to be journalists!”