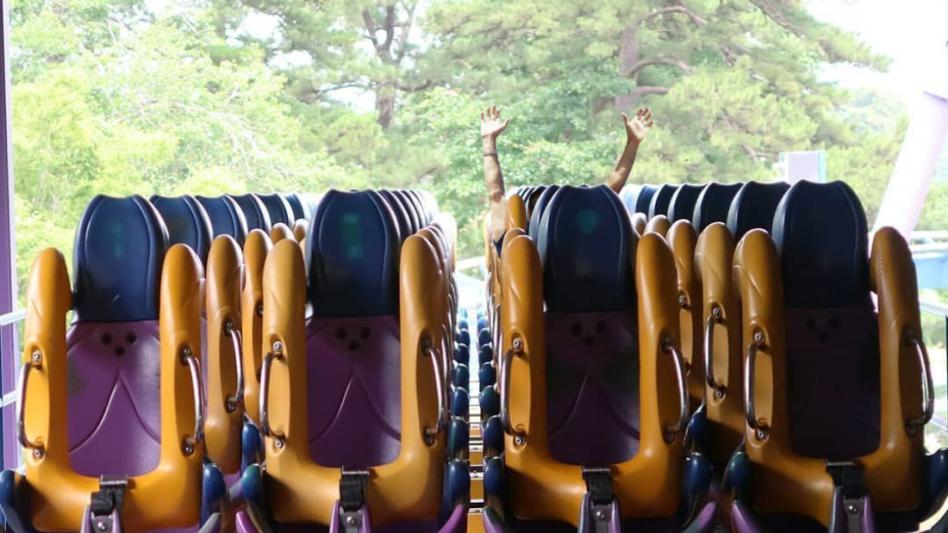 GURNEE, IL — Amidst the worst pandemic in over a century, park goers everywhere in Northeastern Illinois and Southeastern Wisconsin rejoiced Thursday as Six Flags Great America announced they would be reopening to only one person at a time. “We understand that, for some, the need to ride rollercoasters may be greater than the need to keep their loved ones safe from deadly viruses.” said Dave Flags, owner of Six Flags Great America and grandson of legendary rollercoaster tycoon Maximilian A. Flags. “At Great America, we’ve decided we can have both.”

In order to comply with Governor Pritzker’s Reopen Illinois Strategy, the park will start a line of cars at its entrance. The line will wind down Six Flags Dr towards Grand Ave with an estimated distance of 25 miles and an estimated total wait time of 1.75 days. “To offset operational costs, each ticket will cost $1000/hr with a maximum allotted time of half an hour per customer,” said Flags. “Some people may think the new pricing is a little steep, but honestly I never liked having all the smelly poors in the park anyway, plus no lines!”

Cars have already begun to form a line in anticipation for the reopening set later this month. They expect the weeklong or more wait will be well worth the rush of running around an almost  empty amusement park for 30 minutes. “I haven’t had any real burst of adrenaline in almost 6 months.” Said Tamara White, parked in her truck outside the park. “I ran a red light last week just to feel something! The solution cannot be worse than the problem, and my actions are certainly more dangerous than this stay-at-home order.”

Another problem for the park seems to be the issue of staffing, Six Flags laid off 95% of its staff in the first quarter of 2020 due to the delay of the park’s season due to the novel coronavirus.

Until the park fully reopens, however; park management has informed the remaining 5% of staff that they will be performing 100% of the duties. “The hardest part is the only people we kept on were the mascots, you know, for morale support.” Said Dave Flags. “Ride technicians usually have advanced degrees in mechanical and electrical engineering. So I’m unsure how that’s gonna work.”

The park is set to reopen to only one person at a time starting Friday May 15th. If cases of COVID-19 in Illinois continue to decline, health experts believe that 10 people could be in the park at one time as soon as May 29th.