Uh Oh: Benny The Bull To Decide Who Gets Vaccine First, And He HATES Old People With Asthma 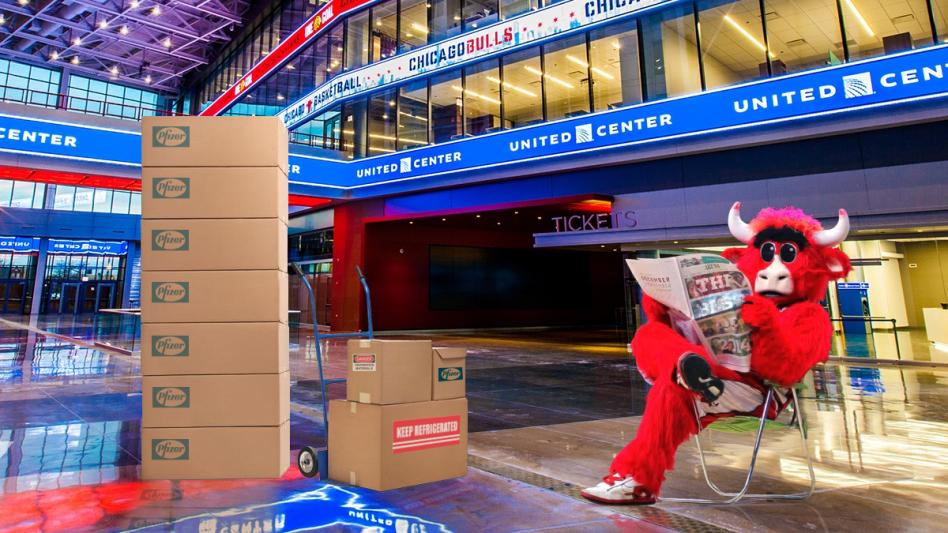 UNITED CENTER — In an unprecedented move by Governor Pritzker and the City of Chicago, beloved mascot Benny the Bull has been given total decision-making power over vaccine distribution within the city limits, despite his well known biases towards old people with asthma.

“I’m honored that Chicago would entrust me this great responsibility,” said Benny from his penthouse above the Bulls court. “I’m pretty good at making hard decisions. Which guy’s hat to steal during the third quarter. Which section of the stadium to pour popcorn on. I used to do these things every week! It’s a natural extension of my current position, and I’m excited to get started.”

Benny, currently storing thousands of vials of the vaccine in several Budweiser coolers in the United Center parking lot, has few qualms about ranking Chicagoans. “Obviously the Bulls’ girlfriends are first in line because I have handshakes with all of them,” he said. “Then the Bulls, and after that I’ll probably get it. Everything in the middle will be kind of a toss up, depending on who responds to my LinkedIn requests and Twitter polls the fastest.”

Of his known bias towards the elderly and infirm, Benny minces no words. “Old people can’t dunk the way I can, and that’s messed up,” he announced over the arena’s sound system in between plays of “Serious (instrumental)”. “And old people with asthma? I don’t have any rationale for it, but they piss me off in an extreme way.”

“No, I don’t see that as getting in the way of my duties as vaccine overseer,” Benny continued. “My only regret is that I can’t shoot the vials out of my t-shirt cannon from the middle of a Western Ave crosswalk littered in wet receipts and cigarillo stubs, which was my original pitch to the feds.”

Despite public disapproval at the prejudice influencing his ranking, Benny is confident in the longevity of his brand. “People who come to Bulls games come because they know that two things will happen on this court right here,” he said, stomping the painted wood with his cloven hoof. “They know I’m going to come out and do the worm, and they know the Bulls are going to lose. There’s no other show in town that can do those two things! What are they going to do, drive to Purdue? Get real.”

“You miss 100% of the shots you don’t take,” said Benny the Bull, nestling his hips through the rim of a basketball hoop to stretch out his four stomach compartments. “And I took all of the shots, and I’m giving them all to my friend’s girlfriends, and there’s nothing any 92-year-old can say to convince me otherwise.”