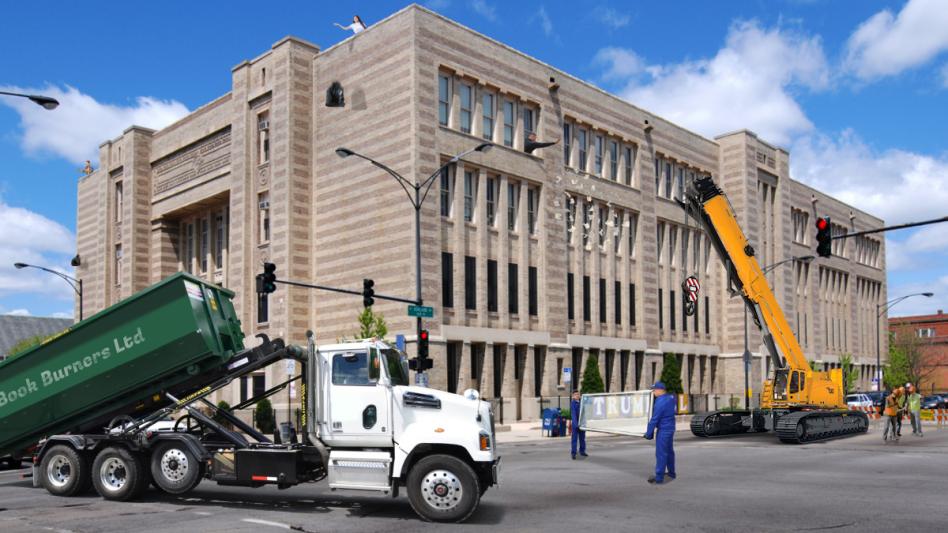 42 WEST MADISON — As conversation about the 2020-2021 school year stagnates, with exact dates for in-person learning and school reopening proving hard to come by, the city has decided to turn unopened schools into condominium buildings in the meantime.

“Churches, the Tribune Tower...it’s easier to say what hasn’t been turned into condos than what has at this point,” said city official Mark Ashbury, 52. “We’ve turned a bunch of closed schools into condos before, spurring gentrification and harming local communities. This time we’re just getting creative with the timeline.”

Chicago’s public schools, which have been continuing the virtual learning begun last spring, have been watching the Catholic Schools as they opened their doors in late August to in-person learning. “We’re not saying we won’t get those schools too,” Ashbury added, viewing the current occupation of Archdiocese schools by students and faculty as a temporary setback.

“I mean, who’s to say these schools will ever open again?” Ashbury postulated, grinning. “Virtual learning could be the trend of the future. These buildings are clearly unnecessary to the educational process. Students are all accounted for and are learning faster than ever before, teachers are enjoying the lack of distinction between their professional and personal lives, and everyone’s loving the digitized and impersonal methods of communication. They like it so much they probably don’t want to go back to school buildings, so we’ll help them out by taking those buildings away now and turning them into the only thing we know how to make: condos.”

“What makes a school, really?” Ashbury asked, clicking into a Google Doc entitled “Condo Ideas” with the phrases “big glass + grey + plastic?” and “expensive + bad heating systems + 32-year-olds” bolded for emphasis. “A school isn’t a gym and a cafeteria and a bunch of globes. It’s the hearts and minds of the students and teachers and a principal cucked by a school district made up entirely of red tape. That’s what’s important to remember as we gut these buildings and turn them into units at highway robbery prices.”

As city officials piled communal-use textbooks and tubs of crayons into dumpsters outside various school buildings, Ashbury looked ahead to the future. “The Chicago we need right now, more than ever, is full of mobility. Everyone moving into big square apartments and then moving out again in two years.” When asked about how teachers felt about the school closures, Ashbury laughed. “If they cared about it, they’d be here protesting or something,” he said. “We didn’t tell them this was happening or run any part of this process by them, but that’s no excuse.”